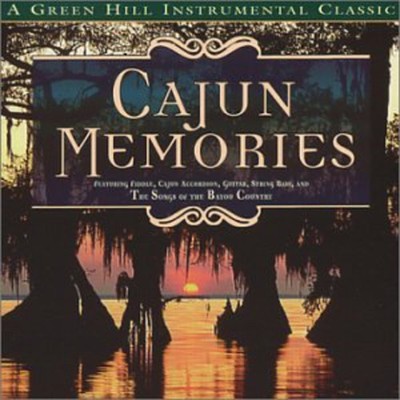 The music of Jo-El Sonnier is a way of life. Steeped in passion, relentlessly committed to his craft ... he has been the undisputed 'King of Cajun' for the past 20 years and occupies a significant place in the rich artistic landscape of this country. His fans are undeniably dedicated, while the music industry elite - Dylan, Costello, Diamond, and Cash to name a few - admire his work to no end. He is a 'musician's musician' with a wonderful gift to sing and entertain you in a way often imitated but never duplicated. Jo-El Sonnier was born in Rayne, Louisiana to poor, French-speaking sharecroppers. He began to play accordion at three years of age and as he grew,so did his love for the instrument and his ability to play it. News of this gifted, French-singing child led to a radio debut by age 6 and his first recording session by age 11. As a favorite in local clubs, Sonnier remained a Louisiana sensation during his early adult life, but decided to try his luck in California. He received quite a reputation as a session player, but success as a solo artist eluded him. This led Sonnier back east during the mid-1970s with his sights now set on Nashville, where he landed a recording contract with Mercury Records. After several years of making recordings that failed to gain significant chart success, Sonnier decided to head home once again. Returning to Louisiana, Sonnier nearly gave up the accordion when he received a break from Merle Haggard, who sought Sonnier as his opening act on the road. This positive turn of events spawned a return to Los Angeles, where he began performing solo shows with the help of many notable friends including guitarist Albert Lee and Garth Hudson of 'The Band'. By 1984, just two years after his sojourn had concluded, Sonnier had a Grammy nominated recording to his credit with Cajun Life. The recognition achieved with the success of Cajun Life provided the freedom to fuse Sonnier's deep Cajun roots with country, rock, and pop influences. 'Come On Joe' was the result of this unique mix, containing country Top 10 hits such as 'Tear Stained Letter' and 'No More One More Time.' With radio success under his belt, Jo-El began to stretch out by becoming a sought after session player in Nashville. The sounds of his accordion can be heard on the albums of such greats as Alan Jackson, Neil Diamond, Johnny Cash, Elvis Costello, the Indigo Girls, Mark Knopfler, Emmylou Harris, Hank Williams Jr., and Steven Curtis Chapman among others. Additionally, he has shared the stage with stars like Bob Dylan, Little Feat, George Jones, and Los Lobos. The mutual respect that these musicians share with a virtuoso like Sonnier has served as a continuing source of inspiration to push the envelope and make music that everyone will enjoy. As a songwriter, Jo-El has penned songs recorded by artists such as Johnny Cash, George Strait, Mel McDaniel, John Anderson, and Jerry Lee Lewis. Although singing and performing are his first love, Sonnier has also done his share of acting in the movies, which include roles in Mask, A Thing Called Love, and They All Laughed. In 1995, Sonnier was awarded 'Male Vocalist of the Year' and 'Song of the Year' by the Cajun French Music Association after years of recording music sung in French. Jo-El's culture is of utmost importance to him and he continues to record music to give back to his people, insuring that his heritage doesn't die. Known for his incredible stage performance, Sonnier has performed all across the world; from the New Orleans Jazz Festival to the Edmonton Folk Festival to performances throughout Europe and South America. Signing autographs and talking to fans after every show, Jo-El gives 100% of himself, often commenting, 'I perform every show as if it were my last.' His 1997 release 'Cajun Pride' was nominated for a Grammy in the 'Best Traditional Folk Album' category, but, in true Jo-El Sonnier style, he is hardly resting on his laurels. At the 'Golden Music Awards', Jo-El was awarded the 'Male Vocalist of 1999', as well as '1999 Song of the Year' for 'Here To Stay,' which he co-wrote. In 1999 Jo-El made a dream come true by performing on 'The Grand Ole Opry' for the first time. He continues to make regular appearances whenever his touring schedule permits. His formula remains simple ... make music from the heart ... and nobody has a bigger heart than Jo-El Sonnier.

Here's what you say about
Jo-El Sonnier - Cajun Memories.