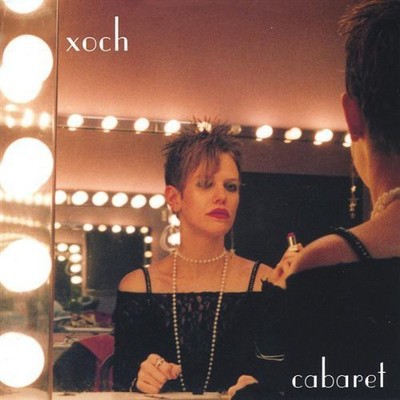 Xoch. Her music, her look, her presence, they stimulate your senses and demand your attention. With a tour de force of vocals and a commanding stage presence, singer/songwriter front-girl Xoch (pronounced "Zoach") knows how to grab her audience with huge hooks, a driving and dynamic rock/pop sound, and powerful lyrics that resonate inside your head and refuse to let go. Her name means "the goddess of flower and song", and she is just that. Xoch has received critical acclaim from all over the world for her music. She has had nearly 30 major licenses of her original music to ABC, MTV, VH1, Lifetime, Toyota, Jeep/Eagle, Warren Miller, and many more. She has released 4 CD's to date, including her brand new CD entitled "Hollywood", just released in May 2010. Previous CD releases include "popcore du jour" released in June 2006; "Cabaret" released in December 2004; and "The ONE" released in January 2003. Xoch has dedicated her life to her music and her art. She could sing before she could talk, and she could dance before she could walk. She began writing songs as a child and hasn't stopped. In addition, she is a member of the Screen Actor's Guild and has appeared in major studio motion pictures from Universal Pictures and Fox Studios, a national television commercial for Sprint, and extensive television background work. She has done modeling for the likes of Redken, Sports Illustrated, Oribe, and many others. In January 2010, she graduated from College with Honors, having earned a Degree in the Performing Arts. Xoch is an engaging, provocative and versatile live performer. She is equally adept at both the intimate setting of a small acoustic performance or a full band electric concert, and has shared the stage with such national acts as Evanescence, Joan Osbourne, Pat Benatar, Spin Doctors, Lit, Butch Walker, and many others. She has performed at such famous venues as the House of Blues at Mandalay Bay, CBGB, The Continental, The Knitting Factory, The Bitter End, The Chance Theater, The Palace Theater, NYC's MEANYfest, NEMO, the Block Island Music Festival, the Hudson River Arts Festival, and many more. With her range of commercial appeal and her avid following, it is only a matter of time before Xoch invades the airwaves and beckons the listeners to take heed. A new force in female fronted rock/pop is ready to take the world by storm, and her name is Xoch.

Here's what you say about
Xoch - Cabaret.