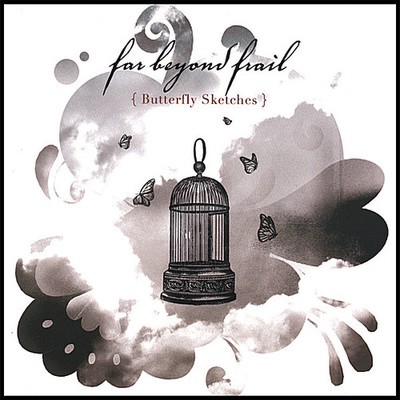 If Tori Amos sat down and covered Counting Crows songs, you would hear something similar to Kansas City's far beyond frail - a pseudo-alternative, folk-tinged, indie-pop duo that combines edgy love songs with stunning female vocals to create music that ranges from breathy and playful to moody and daring. Formed in 2002 on Martha's Vineyard, a tiny island sleeping off the coast of Cape Cod, Massachusetts, far beyond frail is the creative pairing of vocalist Sharlynn Verner and songwriter David Cecil. "I was looking for a singer to demo a few songs in the studio, and even though I hadn't heard Sharlynn sing, she had mentioned that her favorite band was Counting Crows. So, I figured she wouldn't have a problem singing my way-too-emotional lyrics," David says, laughing. Their first record, entitled The Vineyard EP, documented the songs that were written and recorded during this formative period on Martha's Vineyard, and the connection was apparent almost immediately. David recalls, "My first impression was that she was just really, really loud. But my second impression was that she was one of the best singers I'd ever heard." In 2004, the band moved west to Kansas City, Missouri, and began a period of incessant touring and prolific output that is still continuing today. Having toured through over 40 states in the last year alone, far beyond frail has become known for live shows that elevate their music to an entirely different level. While praising a recent performance, HeyRegion.com writes, 'Dark, romantic lyrics over layers of guitar and keyboard - the Kansas City duo's set was a memorable, audience-hushing spellbinder.' Omaha City Weekly agreed, writing, "Kansas City's far beyond frail return to Omaha after a head-turning performance earlier this year. They show the promise of a national breakthrough.' This focus on the road is enabling far beyond frail to grow their fan base in a way that only comes from word-of-mouth excitement; developing an email list of thousands of fans who feel so connected to the music, many view Sharlynn and David as close friends, posting their own writing on far beyond frail's award-winning website and writing dozens of replies to every newsletter the band sends. Far beyond frail's second release was 2005's staggering A girl, almost..., a collection of seven songs that was celebrated by critics as, "Striking," (Verge Magazine) and, "Painfully touching," (Collected Sounds). However, with the amount of new material that comes from a band with two members that seem obsessed with songs, it didn't take long for them to write and release Butterfly Sketches - their latest, and most impressive work to date. Recorded while living in an old church in Cincinnati, Ohio and produced by Grammy-nominated producer Ric Hordinski (Over the Rhine, David Wilcox), far beyond frail touted Butterfly Sketches as their look at love, at it's most heartbreaking and uplifting. KGRL Radio was one of many that recognized that they were listening to something special, adding it to their list of 2007's best releases and saying, "Butterfly Sketches is such an exemplary alternative-folk record. We fell in love with the band from our first listen.' The prestigious John Lennon Songwriting Contest took note as well, awarding far beyond frail's song "After So Many Lovers" with an honorable mention in the Pop Category - one of 8 songs singled out of 20,000 entries. With the ability to captivate listeners, either live or recorded, far beyond frail exudes underground intensity with the Polish and skill of a mainstream band. One moment delicate, the next chaotic, the result is intoxicating - suggesting not only that far beyond frail is an "up-and-coming" band that is worth the hype, but this may be the first chapter of a very long story.

Here's what you say about
Far Beyond Frail - Butterfly Sketches.