Darnell Gill - Bring It on 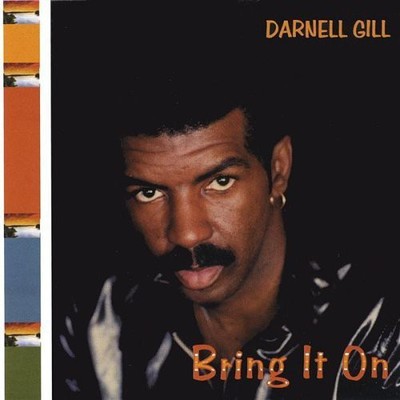 Biography Where It All Started Born and raised in Oakland, California the seventh of twelve siblings. Darnell began his journey crafting his passion for music since his days in Elementary School, and soon became influenced by Gospel, Jazz, and Classical music, which also included R&B legends like Marvin Gaye, Stevie Wonder, Ella Fitzgerald, and the Motown Sound. Inspired by likes of Donnie Hathaway, Luther Vandross, and Prince, Darnell developed a keen sense of vocal prowess that has garnered him the name 'Mr. smooth & Dr. D' by many of his peers. Darnell went on to pursue his vocal talents, singing his way through Junior and Senior High School and at major clubs around Oakland and San Francisco Bay Area with the guidance of his parents. He then became a member of the great Phil Reeder singers, which included one of today's great popular Gospel vocalist, Daryl Coley, and Godbrother. Darnell landed his first spiritual classical performance in the legendary stage play Porgy and Bess, conducted by Phil Reader, with the Oakland Symphony. He sang with his church choir, The Saint Louis Bertrand Gospel Choir, in which he was asked to become the musical director and piano player. It was at this time that he formed the group called The Saint Louis Bertrand Inspirational Choir, which by the way included one of his lead vocalists and friend (Bay Area raising star LEDISI), who is on her way to stardom. While completing four years studying classical piano at Merritt and Laney College and working a 9 to 5 as an Auto Claims Adjuster as Well as an Executive for a major credit card company, many performances followed. Pickin' Up The Pace Multi-talented, Producer/Song writer Darnell Gill has showcased his vocal skills at many of the Bay Area's most respected and notable clubs such as: Yoshi's Geoffrey's Roland's, The Full Moon Saloon, The Crows' Nest, Santa Cruz, Pasand's SF, to name a few. Performances at many well know and established hotels including Harrah's Tahoe, the Donatello Hotel In San Francisco, Pleasanton Hotel and Double Tree soon placed Darnell on the road to success. He has also appeared on the television show STAR SEARCH '91, with two wins, as a member of a group called 'REFLEX'. Soon after Darnell became a member of a band that enabled him to flex his diverse musical talent. With this band for 8 years Darnell sang background vocals and danced for the sensational Multi-talented ROSIE GAINES, (Epic/Motown/Paisley Park recording artist, and former keyboardist, vocalist for the ARTIST/PRINCE). This groundbreaking band performed at the Artist's Grand Opening of his new Club in Minneappolis called the Glam Slam. These Days Having departed from the ROSIE GAINES group, Darnell has created and released his own soulful dance sound that has included collaborations with producers DJ Oji, Dorian Smith and Tom Ford, on re-mixes of one of his dance tracks, (Don't Ever Give Up On It) and several other well known DJ's in the Washington, DC., area. Currently Darnell serves as CEO of his own Independent Label, Dirdy Birdy Records (DBR), and is serving as an Independent Artist Developer while working on several forthcoming dance singles/albums ranging in the musical styles of House, R&B, Smooth Jazz and Adult Contemporary music.

Here's what you say about
Darnell Gill - Bring It on.