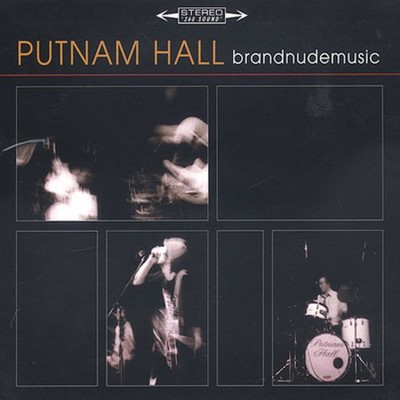 Biography Putnam Hall is: Lillard Anthony Wong - Vocals, Guitar Kris Wismer - Drums Alfred Walters - Bass Just listen to Putnam Hall's 7-song EP, 'brandnudemusic' and you will hear a collision of youthful variety (like No Doubt) and gritty alternative rock (a la Foo Fighters). Fronted by Lillard A. Wong, a heartfelt songwriter with throaty vocals and an overdriven guitar sound, and further developed by powerhouse players drummer Kris Wismer and bassist Alfred Walters, the band blends a wide variety of influences over modern rock while maintaining melodic sense. 'Yes, much like the cliché- we want to sound different, but not at the expense of writing something catchy,' says Lillard. After playing in a ska band and completing two degrees at UC Berkeley, Lillard returned home to Orange County, CA to write and record a four-song demo that led him to Wismer. The two became fast friends and found writing music together came easily. 'At first, I wasn't sure about that Lillard guy;' Wismer jokes, 'but then, we bonded over James Brown and the Skatalites, so now we're cool.' After the addition of Walters, the lineup was complete. Now complete, the band wrote songs that they felt would be undeniable in every sense of the word. This is immediately evident on the album's contagious opening track and first single 'Give Me' with it's defiant and determined verse and anthemic chorus. By the album's second track, 'Supernothing,' which moves deftly from it's ponderous verse to it's exploding chorus, showcases how the band seizes you as to where to go next. Yet, the message and emotion is universal; just about everybody has experienced the fearsome and drastic change from adolescence to maturity and Putnam Hall is ready to shout about it. So, go ahead, pop in some 'brandnudemusic' and see just how much you relate to Putnam Hall...

Here's what you say about
Putnam Hall - Brandnudemusic.