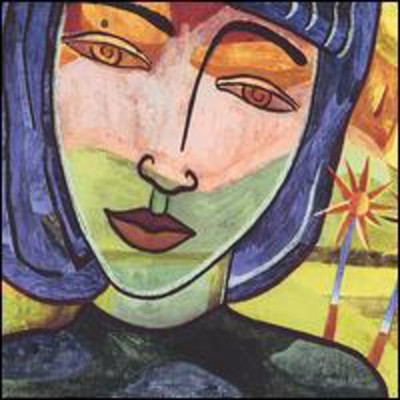 Berkeley, California-based songwriter Gordon Whiting describes himself as influenced by literary figures as much as musical ones. His CD Blues for Katherine explores a range of sources, from Terry Southern to Kevin Ayers, and showcases his pursuit of guitar tone. Music for Gordon began at age eight, studying under Judy Collins' guitarist Tom Carvey in Los Angeles. Later, when the family moved to Singapore, Gordon was exposed to eclectic music like Chinese Opera, Gamelan, Raga and English Music Hall. At age 14 he began leading jazz and rock ensembles at the Singapore American School, playing at school dances and local clubs. At 16 Gordon helped put together a band and album called Home Again, which included four of his original songs. The following year he directed the school musical, Jesus Christ Superstar, leading a cast, choir and band numbering through the challenging 100 minute score. In 1977, while attending San Francisco State University, he co-founded, with musician/actor Geoffrey Blaisdell, the pioneering socio-comic punk band Death Army. The band's first record, Tourist Attraction, made the San Francisco Bay Area playlists and sales charts, and was reviewed favorably in the music press by Howie Klein, late of Reprise Records. Gordon composed and produced many independent recordings during the 1980's, including the guitar instrumental Spice Island, which Reverb Central magazine called '...gentle, inspired, and very nice for a hot summer afternoon drive down the coast...great to have.' In 1991 he produced the soundtrack for the documentary film Season, Symbol and Heritage, and continued working with a variety of producers and musicians to expand his range of musical understanding. Projects during this period included chamber music recordings with The Fidelio Quartet and the Stanford Early Music Chorale. Blues for Katherine is Gordon's first full CD release as a solo artist. The twelve songs on the album run from the personal to the political. The title song, Blues for Katherine, was written to cope with the sudden death of his sister. Grooving in Chi is based on writer/screenwriter Terry Southern take on the 1968 Democratic Convention in Chicago.

Here's what you say about
Gordon Whiting - Blues for Katherine.