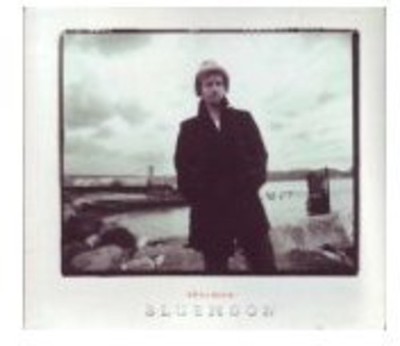 Sherman's music blends folk and blues with classic rock and pop influences. His songwriting is mature and sophisticated yet with obvious immediate appeal, strongly melodic and bulging with hooks. It updates the funky but tasteful feel of some of the best '70's rock while avoiding mere nostalgic recall. Sherman's singing is assured and distinctive yet emotionally charged, maintaining an edgy rawness. On 'Bluemoon' the production is rich yet understated. One suspects that if Keith Richards had snuck off an cut a solo album in the midst of Sticky Fingers, Exile On Mainstreet, Goat Head's Soup, etc., that it would have sounded a lot like this. Sherman Ewing hails from Minnesota, home of Paul Westerberg and the Replacements, and Husker Du, two heavy influences in his early years. In his teens at an all boys' boarding school in England, he began listening to Bob Dylan and was inspired to pick up a guitar and start writing about his personal experiences. Sherman returned to the US after graduation to attend Columbia University where where he earned a B.A. in Political Science and Theater Arts. He first met John Jojo Herman (Widespread Panic) at Columbia and the classmates played together in 'Sherman and the Bureaucrats.' He played in various local New York bands throughout the '90s. In 1999 he started working as a solo artist, and had the good fortune to quickly team up with producer Godfrey Diamond (Lou Reed, Aerosmith, Billy Squier). Both Sherman and Godfrey felt magic in their collaborating and for the next few years continued to write and develop songs, recording them along the way helped out by the likes of George Recile (Keith Richards/ Bob Dylan), Ivan Neville, Hermann, John Ginty (Robert Randolph), Krizan, Jack Petruzzelli (Joan Osborne), David Dreiwitz (Ween) among other fine New York players' players. Sherman has become a strong presence on the New York music scene through regular performing at CBGB's gallery, Arlene's Grocery, Acme Underground, the Living Room and others and has developed a faithful local following. Sherman has been joined by his old friend John Jojo Herman for several enthusiastically received performances in New York and New Orleans. In addition Sherman has teamed up with Theryl 'Houseman' Declouet to kick off Jazz Fest with shows at Tipitina's in 2002, 2003 and based on the audience response have already been booked for 2004.

Here's what you say about
Sherman Ewing - Blue Moon.