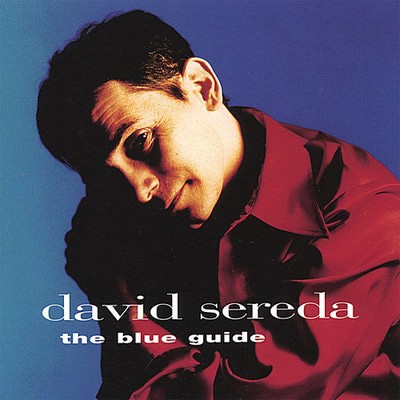 David Sereda's range as a singer-songwriter is breathtaking. It's not his voice so much... as it is the dimension of the emotional scale which drives it... (The Chronicle-Herald, Halifax, NS) David Sereda has performed his music across Canada for over 25 years. He performs solo, on piano and dulcimer, and with a backing band of musicians from Toronto and Owen Sound that include Keira McArthur, Tyler Wagler, Colleen Allen and David Gray. Performances include concerts at Harbourfront and the Glenn Gould Studio in Toronto, Montreal's Place des Arts, festivals (Vancouver, Edmonton and Winnipeg Folk Music Festivals, Eden Mills Writers' Festival, Summerfolk, Edmonton Fringe Festival) and major events as the 1996 International AIDS Conference in Vancouver, BC where he sang for the Closing Ceremonies. He has also been soloist with some of Canada's finest choirs (Nova Scotia Mass Choir, Montreal Jubilation Choir and Vancouver Men's Chorus). He has recorded three albums, including the critically acclaimed The Blue Guide, on his independent label Rocky Wednesday Records, and has another two in the works. The Blue Guide brings some of Canada's most inspiring performers together, the result being something that still sounds fresh and alive, Produced by David Gray (Parachute Club, Pork Belly Futures), the CD features artists from the worlds of pop, folk, jazz, new music, soul and gospel: no surprise as sereda draws from his love of each of these in his writing. On the verge of releasing a new CD, sereda, looking back over a dozen years on the re-issue of this intensely personal album, The Blue Guide, says: 'Some of my favourite moments are when artists I admire are playing with me, like Connie Kaldor on 'All or Nothing', Rebecca Jenkins on 'Nowhere Fast', the Youth Outreach Mass Choir and Ken Whiteley on 'Powerful Love', and of course Colleen Allen's sax on several songs. The songs came from a life-changing time, that of finding love with someone who died too soon, and into that absence and loss came music, and these wonderful musicians.' Other artists include singers Amoy Levy, Maddie Willis, David Blamires, Tabby Johnson, Wendy Lands, Louise Pitre, Laura Hubert and Paul Campagne (Hart Rouge); George Koller (Loreena McKennitt) and Roberto Occhipinti on bass; Al Cross (Jane Siberry) on drums; Rick Lazar (Samba Squad) on percussion; Aaron Davis (Manteca) and Chris Brown on organ; and David Gray on guitar. The new album. Boyfriend, due out soon, will feature amazing performances from Richard Bell, Rebecca Campbell, Colleen Allen, George Koller, Aaron Davis and producer David Gray. It's a ten-song road trip through modern romance, with more than one detour: love is not a straight or narrow proposition with Sereda at the wheel. It's about learning to hope and risk again, hungering for the 'mercy rain' to end the dry season. David started young in music: he studied classical piano but then got the theatre bug in high school. He trained under renowned acting teacher Powys Thomas at the Playhouse Acting School in Vancouver, but upon graduating his boyish looks got him cast solely as a teenager. To keep creatively inspired, and working, he co-produced and performed in alternative theatre in Edmonton, staged poetry performances and cabarets where he began performing his own songs. He was one of the first singer-songwriters in Canada to write and perform songs about being a gay man. When he has returned to the theatre it has been as a composer and musical director for new Canadian plays, music theatre works and cabarets. Theatres include the Tarragon and Buddies in Bad Times (Toronto), Public Dreams Co. (Edmonton), and Centaur (Montreal), and musicals by Connie Kaldor, Morris Panych and Don Hannah. He has been nominated for two Dora awards. His latest theatre project is TOM, the new original musical with writer/director Joan Chandler. TOM is inspired by the passion, life and work of legendary Canadian artist Tom Thomson. Produced by the theatre company Sheatre, TOM enjoyed a successful first run in Owen Sound in August 2007, and Sereda and Chandler are working on the next stage of the piece. In the meantime, david tours the music as the concert Songs in the key of Tom. He also produces the Stray Dog Salons, evenings mixing music. Poetry and theatre, where award-winning artists like author and poet Anne Michaels, actor/playwright Daniel MacIvor, singer-songwriter Shirley Eikhard, playwright and director Don Hannah and author and poet Michael Ondaatje have performed. He lives near Owen Sound, Ontario. David Sereda sings like an angel and writes like a sinner. (author Michael Ondaatje)

Here's what you say about
David Sereda - Blue Guide.