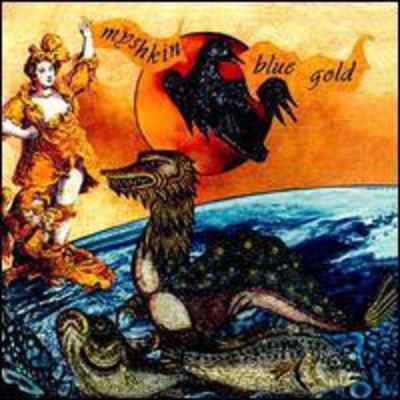 An eclectic torch punk record with drums, upright bass, horns and gastanks, 1998. Prison songs. 'Relevant, humorous, dark and tearless. She is a great unsentimental storyteller whose songwriting far surpasses today's standards.' - Creative Loafing, Atlanta, August 1998. 'A breathtakingly well realized collection of deftly drawn narratives and ingeniously eclectic music and instrumentation. Combining elements of both her folk and rock incarnations, Myshkin cuts a swath across the whole of americana, from vaudeville, folk and swing to rock and funk - 3rd favorite local release of last year.' - Offbeat Magazine, New Orleans, February 1999 'Just when I thought I'd never hear a really good folk record again, along comes Blue Gold, by someone calling themselves Myshkin. The problem with most of the folk singers currently available is they put their ideas too far ahead of creating songs. Heartfelt emotion without well-constructed songs is a pretty dull thing. Myshkin is far more traditional than say, Ani DiFranco. Think a delta-influenced Michelle Shocked, say during her Texas Campfire Tapes days. Blue Gold features some really memorable tunes that help flesh out Myshkin's clever, often witty lyrics. Her songs also vary from the current norm by exploring social issues, like corporate prisons, union labor, and crime, instead of the usual 'woe is me, I can't get laid' songs that seem to populate too many records, and pass for art. For anyone who used to like folk music before it became so deathly dull, Blue Gold might be the record you've been yearning for.' --Phil Bailey, INK 19 See Myshkin's other two records on CD baby or her webiste for further info. Thanks!

Here's what you say about
Myshkin - Blue Gold.