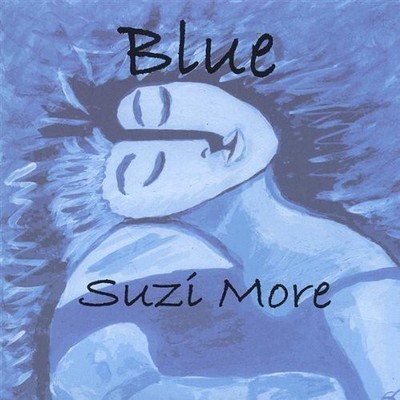 About Suzi More- Suzi More is not only a composer of children's songs and lyrical ballads, but an educator of pop and jazz vocalists. A classically trained vocal artist, her recital work and language studies readied her to perform on the operatic stage. But college courses in the Jazz Music Department at Livingston College, Rutgers University, led her to work with an array of brilliant artists including Kenny Barron (piano), Mike Ridley (Jazz Ensemble) as well as a visiting Professor, Jimmy Giuffre (counterpoint). A love of Jazz harmonies and progressions was further developed in several years of Jazz Piano with Duke Anderson who had been friend and student of Art Tatum. Duke had been the music of Looney Tunes Cartoons, noted for his rapid technique and style, to this day difficult to emulate. She also knew the artistry of Ella Fitzgerald, Cleo Lane, Ertha Kitt and Billy Holiday, and if you listen carefully, she might just sound like them. Each song is a different style and More's keen sense of folk and blues combined with vocal agility bring an unusual musical experience. In the first song, 'Keep on Lovin You', the style of '60s soft rock seems to evoke the sound of Petula Clark. The second and fourth songs, 'No Reason' and 'Drop Dead' are definitely the Blues. 'Don't Start' is a smooth, jazzy ballad. 'A Song for You' brings back the memories of a friend you'll never forget. A surging beat and spinning chorus of 'Shine' has a wonderful hook. 'Silence' is an emotionally-packed Spanish/English song with great Latin Percussion. The last three songs, originally penned 'Three Songs of the Sea' are 'Blue', 'When' and 'Vessel' and tell a story of waiting and longing and return. Suzi is joined in these songs by Kendell Kardt's baritone. All songs have been written, including lyrics, melodies and harmonic accompaniments by Suzi. Many thanks to Kendell Kardt for his voice and arrangements on synthesizer.

Here's what you say about
Suzi More - Blue.