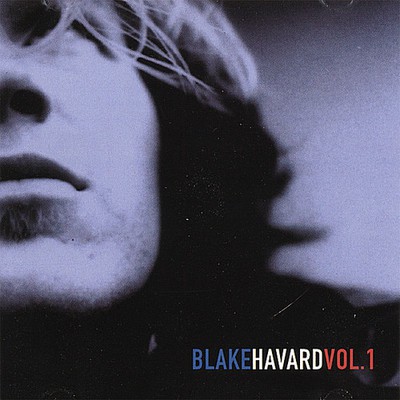 Vancouver singer/songwriter Blake Havard listens to everything, but holds a special place for those three-minute wonders that transport you to a different place. As a youngster growing up in a bedroom community near Edmonton, Havard listened to the Beatles, David Bowie, and the Rolling Stones. Then came a life changing KISS concert, lighten up, he was only in Grade 3. Yes, Havard is well versed in progressive rock and owned a copy of 'Never Mind the Bollocks Here's the Sex Pistols', but he always returns to the kind of song that borrows from the grand tradition of Chuck Berry, the Stones and John Lennon. You can hear Havard's love of and reverence for great rock 'n' roll in Bullet Boy, Back at Zero, and Rock Star, three tunes from his debut independent CD. Urgent and utterly infectious, these are straightforward, well-constructed rock 'n' roll songs that demonstrate the songwriter's impressive gifts. A player for 15 years (maybe since that KISS concert?) with dozens of songs to his credit, Havard has already earned plenty of recognition, for his songwriting and as a superb front man. When Havard speaks of his consuming passion for rock 'n' roll, he uncoils a bundle of raw energy that is matched only when he is onstage fronting his own band and playing the music he loves. 'A lot of what I do is about relationships and loneliness, just about being on your own on this planet and having rock 'n' roll to scream about it . Sometimes I get really scared that I'm going to block it off and not be able to say anything. But that's why I have rock 'n' roll, it's the only thing I have to get loose.' Constantly refining his work, perfectionist Havard assembled a dazzling cast of musicians to flesh out his songs; Doug Elliot (the Odds) on bass, Charlie Quintana (Bob Dylan, Social Distortion) on drums. Another member of the Odds, Craig Northey, added guitar. Songs have been mixed by Steven Drake, whose credits include The Tragically Hip and Marcy's Playground. Finally arriving at a point in his career where the songs sound the way he wants them to and there is a CD to prove the point. Havard is keen to get out there to play, talk about his music and most importantly, hear it on the radio. After all, the world is always ready for more great rock 'n' roll. Havard is currently working on new music in Seattle WA with singer/songwriter producer Pete Droge.