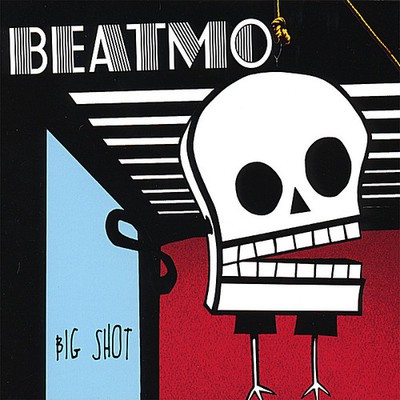 Beatmo emerged from the greater Los Angeles area during April of 2006. Brought together from ties of family, friends, and a shared love of music, singer Alexis de la Rocha, guitarists Toni Tovar and Milan de la Rocha, keyboardist Monica Hidalgo, bassist Luis Zavaleta, and drummer Jerry Leyva bring forward a sound, energy, and passion that crosses all genres and borders. Beatmo aims not only to break the tiring pattern of the current indie rock scene dominated by mostly-male power pop and emo bands, but also to showcase some of the music being created by the many different communities outside this mainstream scene. Beatmo's unique new sound combines a variety of influences, fusing everything from Latin, Funk, and Jazz with New Wave, Dance Rock, and Pop. A diversity of artistic influences inspires Beatmo's dynamic sounds, echoing the likes of The Cure, the B-52's, Radiohead, At the Drive-In, Jamiroquai, and Café Tacuba. Completing this eclectic band is the vocal presence of Alexis de la Rocha. A true stage presence, Alexis sings in both English and Spanish; her vocal stylings emanate from the haunting wails of Siouxsie Sioux and the raw edginess of Karen O, infused with a refined, sophisticated jazz vibe. Beatmo is an amazing and exciting example of the mixing of musics, cultures, and styles, one of the many to emerge from L.A.'s vibrant, bourgeoning scene that, until recently, has been overlooked. In it's short life, Beatmo has excited audiences in such Hollywood venues as the Whisky-A-GoGo, the Knitting Factory, and Safari Sam's. They also have treated the local Las Vegas scene to their sounds during two tours in the fall of 2006. Currently, Beatmo has finished recording a 5 song EP with Desolate Records called Big Shot, and are working vigorously to promote their album. They've made a recent appearance on nationally syndicated LATV Live, performing 3 songs from their EP. Beatmo looks forward to playing more shows and inspiring new audiences to get up and move to their beats. Their live performances only affirm the energy, passion, and fun that all six members bring to their musical creations, changing the way audiences think about, listen to, and experience music. So, "Come on people, open up your ears!" Quieres BEATMO?

Here's what you say about
Beatmo - Big Shot.