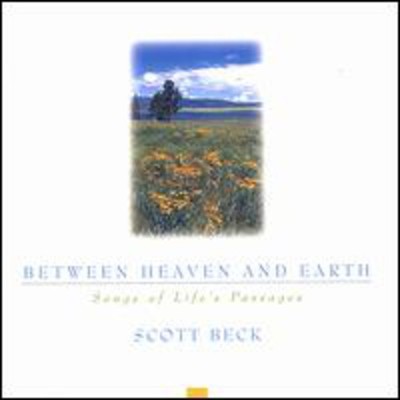 Scott Beck, a singer/songwriter based in Sedona, AZ, grew up with the extraordinary music that was created back in the '60's and '70's. Beginning on acoustic guitar, he learned some finger picking styles from listening to various folk artists, then progressed to the electric guitar and became enamored with the 'blues gods' of that era. His first band experience was in high school in Rio de Janeiro, Brazil, playing top-40 and rock and roll; then a band in Okinawa during his tour in the Navy, playing FM-staples by the Who, the Allman Brothers, and ZZ Top. He then played on and off for several years in the San Jose, CA band Ded Ringer, writing many of the group's originals. In 1999, Scott re-discovered the magical sounds of the acoustic guitar and began composing again. He experienced a shift in his songwriting, and the words took on a deeper and more personal meaning. His debut CD, 'Between Heaven And Earth,' focused mainly on the challenges we face in this rapidly changing world - trying to live in the material world while listening to our inner guidance that calls us to be something greater. In October '07 he finished the final touches on his new CD, 'I've Seen The Light,' which has more energy and is more of an inspirational, uplifting CD. His next CD in the works is a collection of fairytales and folksongs he's written over the past couple years, and will be more rootsy with mainly acoustic guitars and vocals. While his finger-picking style coaxes warm, melodic tones from his guitar and speaks softly to the ear, it's the words of his songs along with his smooth vocal delivery that captures the attention of his audience. A modern-day troubadour whose acoustic influences include Cat Stevens, Bob Dylan, Crosby-Stills-Nash & Young, Gordon Lightfoot, James Taylor, John Denver, Justin Hayward (Moody Blues), and many others from the folk-rock era, Scott writes and performs songs that truly connect with the audience on a heart and soul level, bringing them a sense of peace and comfort and a feeling that they're not alone in this world. He offers his songs to a world that is hungry for peace of mind and a return to a simpler way of life, and prefers their music the way it used to be made.

Here's what you say about
Scott Beck - Between Heaven & Earth.