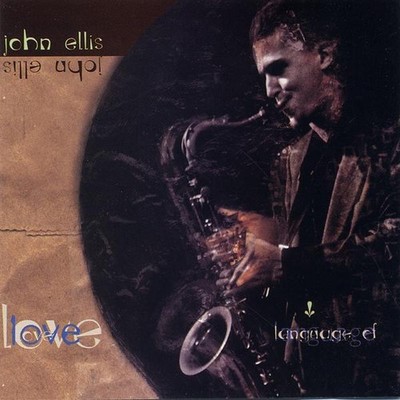 John Ellis grew up with a love of baseball, dewberry cobbler, and turkey and stuffing. Raised in rural tobacco country in North Carolina, he was more familiar with the sounds of hunting rifles and the dangers of snapping turtles than he was with the sounds and dangers of jazz. He was a pretty unlikely candidate for a career in music at all, as a matter of fact, but somewhere between singing hymns in his father's church, fooling around with Scott Joplin Rags on the piano, and marching in the high school band, he began to realize that music was the only thing he really wanted to do. As a sophomore in high school he began his serious study of music at the North Carolina School of the Arts, where his now famous brother, David Ellis, had studied a couple years earlier in the Fine Arts department. There, John apprenticed with the world-renowned saxophonist James Houlik, who is still one of his most important mentors. After four years at NCSA, John moved to New Orleans, hoping to begin a serious study of jazz. He spent one year at the University of New Orleans under the direction of legendary jazz patriarch Ellis Marsalis, and soon after, John joined Mr. Marsalis's band, traveling to promote the record "Whistle Stop" and performing at the New Orleans Jazz and Heritage Festival. His jazz education then took him out of the classroom and onto road, as John traveled to Singapore for three months to play with pianist Jeremy Montiero, who was opening a jazz club there. Soon after his return, John was chosen to be in one of seven duos to perform in the inaugural year of the Jazz Ambassadors program, sponsored by the USIA and The Kennedy Center. He traveled as a cultural ambassador to South Africa, Namibia, Swaziland, Botswana, Zimbabwe, Madagascar, and Kenya with guitarist Todd Duke. John returned to New Orleans and began performing with his own group there, releasing his debut record entitled, "Language of Love" in 1996. He was also selected that same year to be one of 13 semi-finalists in the Thelonious Monk International Saxophone Competition. Blown away by the level of the other saxophonists John met there, he decided to move to New York to continue his education. He attended the New School jazz program from '97 through '99, studying with George Garzone, Reggie Workman, and Joe Chambers among many others. Upon John's graduation in '99, he was immediately asked to return to New Orleans for a year to teach saxophone at Loyola University while Tony Dagradi was away on sabbatical. He quickly reintegrated himself into the scene in New Orleans, playing and recording albums with the bands of both Jason Marsalis and Roland Guerin. Not wanting to stray to long from New York however, John returned shortly after the school year ended, and before the year was out he had begun playing and traveling with 8-string guitar wizard Charlie Hunter and with R&B sensation Bilal Oliver. He also released his next album, "Roots, Branches, and Leaves", which explores the source of John's musical identity through arrangements of folk songs sung to him in his childhood. It features Nicholas Payton, Jason Marsalis, Roland Guerin, Aaron Goldberg, and Bilal, and it was released on the Spanish label Fresh Sound / New Talent From December of 1999 to May of 2006, John traveled and recorded with several incarnations of Charlie Hunter's groups, appearing on four of Charlie's albums, "Songs From The Analog Playground", "Right Now Move", "Friends Seen And Unseen", and "Copperopolis". Through Charlie's tours and recordings John had the chance to work with a wide variety of musicians including Norah Jones, Mos Def, Theryl DeClouet, Kurt Elling, Steven Chopek, Chris Lovejoy, Jans Ingber, Dean Bowman, Curtis Fowlkes, Johnny Vidakovich, Terreon Gully, Gregoire Maret, Alan Ferber, Ron Miles, Josh Roseman, Sam Newsome, and Derrek Phillips. By the end of his time with Charlie, John was playing tenor saxophone, melodica, bass clarinet, and Wurlitzer in the band. He also made time to reenter the Thelonious Monk International Saxophone Competition in 2002, where this time he finished in second place. In February of 2005 as John was ending his tenure with Charlie, he released his third album as a leader called "One Foot in the Swamp". This record featured Nicholas Payton, John Scofield, Aaron Goldberg, Jason Marsalis, Roland Guerin, and Gregoire Maret, and it was his first nationally distributed record, appearing on the Hyena record label. When John left Charlie's band in May of '06, his departure corresponded with his second release for Hyena called "By A Thread", which featured Mike Moreno, Terreon Gully, Reuben Rogers, and Aaron Goldberg. John's third Hyena release, "Dance Like There's No Tomorrow", introduced a new band called Double-Wide, which features the unusual combination of saxophone, drums, organ, and sousaphone. Double-Wide's newest record, "Puppet Mischief", was released this February on ObliqSound and features the core band of Jason Marsalis, Brian Coogan, and Matt Perrine as well as special guests, Gregoire Maret and Alan Ferber. Since 2007 John has been collaborating with playwright Andy Bragen. They've produced two significant works, both made possible by the support and funding of the Jazz Gallery and their Composers Series. The first, Dreamscapes, explores musical interpretations of dreams, and features a string quartet, tuba, vibes, percussion, and woodwinds. The second, called The Ice Siren, is a through-composed hour-long narrative piece featuring the same Dreamscapes band with the addition of guitar and two singers. For more information on John Ellis and/or interview requests, please contact Kevin Calabro: 718.369.6567 or [email protected]

Here's what you say about
John E. L. - Language of Love.