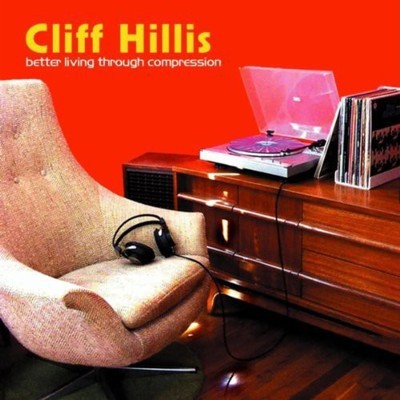 The April 2004 release of Cliff Hillis' second solo album, 'Better Living Through Compression,' will likely be followed by more reviews comparing the singer songwriter to 'John Mayer playing with Fountains of Wayne while opening for the Pernice Brothers.' Hillis was a member of the acclaimed Baltimore power-pop trio Starbelly in the late-'90s. He flew the coop in 2000, and released his debut solo platter, 'Be Seeing You' the following year. Tour dates in support of the album included slots opening for Jonathan Richman, the Fleshtones, the Psychedelic Furs, SR-71, the Shazam, Marshall Crenshaw and others. Since then, Hillis has seen songs land on the soundtracks to two major motion pictures. 'Shake Me Down' appeared in last year's hit Jennifer Lopez movie 'Enough,' while his album track 'Better Than Myself' was featured prominently in the Brooke Shields vehicle 'After Sex.' The 'Better Living Through Compression' recording sessions found Hillis backed by his touring band the Forward Thinkers, as well as guests including rhythm section Mike Bitts and Steve Brown of The Innocence Mission. A studio whiz in the tradition of Butch Walker (who he has recorded with in the past), Hillis produced and recorded the album himself, then mixed it with Jeff Meglio at Cape Sound Studios (Harrisburg PA) with the exception of one track which was mixed by Nick DiDia (Train, Matthew Sweet, Stone Temple Pilots). While his first album was released on the Colorado-based indie label Not Lame Records, the new album finds Hillis with Los Angeles-based TallBoy Records (whose distributors include Not Lame). Other acts whose albums or singles have been released by TallBoy recently include The Sugarplastic, the Bigger Lovers and Robbie Rist. 'Better Living Through Compression' fulfills the prediction of the following Los Angeles Times review from 2002: 'Of all the artists in the power-pop garden of NotLame Records, Hillis bears the lushest fruit. His '70s-style melodies spring from earthy guitars and breezy harmonies in three-minute blooms grafted from bits of McCartney, Squeeze and the Beach Boys. If the distorted simmer of the song 'Coming Out Alive' is any indication, there's promise of future growth.'

Here's what you say about
Cliff Hillis - Better Living Through Compression.