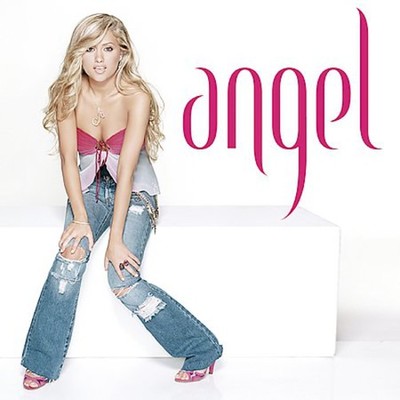 Angel gets her wings. A pair of them, to be exact, when Midas Records releases it's premiere artist's debut album, Believe in Angel's... Believe in Me. The first single from Believe in Angel's... Believe in Me, "Just the Way I Am," was Top 5 most added at Top 40 radio, soaring beyond priority artists from Warner, Capitol, & Geffen. The Wizardz of Oz (Nick Lachey, Ricky Martin) -penned-and-produced track has now gained 400 spins on over 60 stations in it's third week, & continues to be a momentum-building Top 10 most added. The album proves it's multi-format appeal with a second single, "Love Is," impacting A/C radio Aug. 16. The song was penned & produced by two-time ASCAP Songwriter of the Year Keith Follese. Believe in Angel's... Believe in Me also boasts songs written & produced by Grammy-nominated producers the Matrix (Britney Spears, Hillary Duff, Avril Lavigne), & platinum-selling songwriter-producer Johnny Jam (Mandy Moore, Jon Secada). An accomplished songwriter in her own right, Angel co-wrote the title track, along with "Ma Ma's Little Girl," "Chinese Whispers," & "To Forgive You."