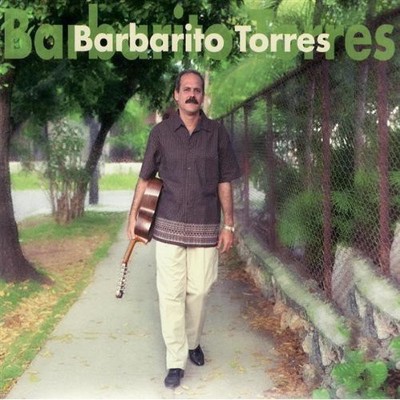 For over three decades, Barbarito Torres has been one of the strongest musicians to arise from the Cuban guajiro tradition. Playing the laoud, or Cuban lute, he has played with a variety of ensembles both in Havana and the Cuban countryside. He settled in Havana and became a permanent member of Orquesta Cubana de Cuerdas. He also began to do session and backup work and was featured with some of Cuba's most prominent musicians, including Albita, Sierra Maestra, and Elio Reve. In 1992 he began to build his own projects, forming his own group, Piquete Cubano. Perhaps the greatest advancement to his career, however, was his contribution to another two ensembles, the Afro Cuban All Stars and the Buena Vista Social Club. Their self-titled debut albums received worldwide attention and helped spur a revival in Cuban music. Both ensembles won a number of awards, including a Grammy for the Buena Vista Social Club album in 1998. Barbarito Torres was part of the Buena Vista Social Club Crew. A tremendous player of the laud, an instrument like a lute or mandolin, he produces stunning solos on every song (just listen to his highly sophisticated work on 'Sonero De Monte Adentro,' for example, where he slides in and out of the band, adding a whole other dimension to the piece, and taking it all a notch higher), while giving plenty of room to others in the most unselfish manner. A virtual tour through Cuban styles - with plenty of emphasis on son - this gets to the music's guajira, or country, side, while still offering plenty of depth. His soft take on 'Perla Marina' takes the song in a very different direction than the Buena Vista Social Club version; it is effortlessly lyrical, and a showcase for Torres' glistening talent, while 'La Compasra' teams him with pianist Chucho Valdés for a duet that manages to be rooted in tradition and is effortlessly daring at the same time. It's a marvelous piece of work, the kind that makes you hold your breath to hear if they can really pull it off - and they do, in fine style. While the duet is different from the rest of the disc, it never feels out of place - and it's a testament to the virtuosity of both men. This is an album to recommend without reservation. The Album received a Grammy Nomination in 2004.