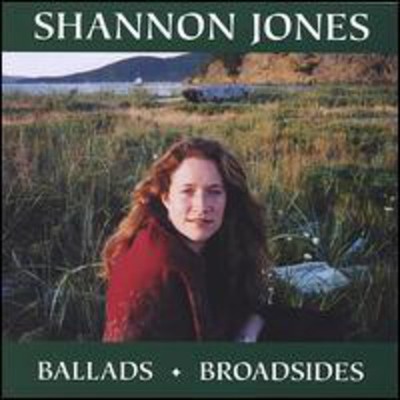 Shannon Jones, a native of Portland, Oregon, received her Masters of Music degree in Voice from the Boston Conservatory and a Bachelor of Arts in Music degree from Bennington College. Drawing upon a lifelong love of Ireland and traditional folk balladry, Ms. Jones researched, wrote and produced 'Ballads to Broadsides' and 'Unrequited,' two one-woman shows exploring the history of the English language ballad and it's compelling, perilous 700-year voyage through the oral tradition. Her 2002 CD, 'Ballads to Broadsides,' captures the spirit of her live shows. Featuring solo voice, bodhràn drum and spoken commentary, 'Ballads to Broadsides' offers a musical glimpse into this fascinating era of human expression. While revealing the secret yearnings of distant generations, the ballads also illustrate the timelessness of our universal, shared human experience. A featured artist at the Bill Healy Celtic Music Festival, Ms. Jones's passion for singing and the human voice has fueled her study of all aspects of vocal performance. She has knowledge of classical singing technique, séan nos-style singing, bodhràn drum, music theory, mechanics of speech, diction in several languages, movement for stage, and Alexander Technique. Ms. Jones has appeared on the West and East coasts in multiple operas, art song recitals, and as a concert soloist. She has premiered works by contemporary composers and her one-woman shows have been presented at various venues in Oregon and California. Through performing and teaching, Ms. Jones hopes to inspire others to discover the unique beauty and intrinsic power of their own voices.

Here's what you say about
Shannon Jones - Ballads to Broadsides.