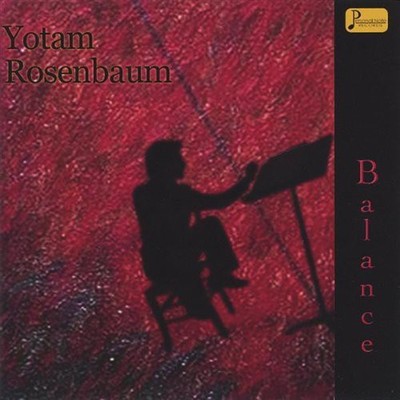 Yotam Rosenbaum is joined on this unique recording by Grammy Award Winner - Dave Samuels on vibraphone, Grammy Award Winner - Mads Tolling on violin, Vadim Neselovskyi (Gary Burton) on piano and Mike Oien on bass. Yotam Rosenbaum is an award-winning drummer and composer. The son of a clarinet player and the youngest of four brothers, all musicians themselves, Yotam seemed destined for a life in music. By the age of six, he was taking piano lessons and singing in a professional choir. Before long, he was studying trumpet and drums as well. He continued on to study at the Rubin Academy of Music High School in Jerusalem and The Rimon School of Music in Tel-Aviv before moving to the U.S, where he attended the world-renowned Berklee College of Music in Boston, graduating magna cum laude. Yotam's compositional style stems from his extensive exposure to both jazz and classical music. His creative influences span the stylistic spectrum, from Mozart, Mahler, Stravinsky and Bartok to Miles Davis, Thelonious Monk, Astor Piazzolla and Frank Zappa, manifesting themselves in his work as a harmonious blend of the traditional and contemporary. Strong melodies and innovative rhythmic ideas characterize all his pieces, which include not only orchestral compositions, but also chamber music, solo pieces, jazz tunes and contemporary songs. Yotam Rosenbaum's compositions have been performed and recorded by some of the world's finest musicians and ensembles, including Grammy-award winner Dave Samuels and the Kandinsky Trio, who premiered Yotam's "Three Short Stories" for marimba and piano, (a three-movement piece that crosses over between classical and jazz, incorporating improvisation and inventive rhythmic ideas), as well as the Esterhazy String Quartet, that premiered his piece "Dancin' Music." Yotam has also performed his music at the Kennedy Center in Washington, DC as part of the Betty Carter Jazz Ahead Residency Program. As a bandleader, Yotam produced and recorded two full length CD's of his original music (When 2002, Balance 2005) and has had the privilege of working with some of the best artists working today, including saxophonist Joe Lovano (John Scofield, Carla Bley, Charlie Haden), violinist Mads Tolling (Turtle Island String Quartet, Stanley Clark), Mallet player Dave Samuels (Pat Metheny, Spyro Gyra, Oscar Peterson, Frank Zappa), pianist Vadim Neselovskyi (Garry Burton) and Vocalist Kudisan Kai [Elton John, Chaka Kahn, Sting]. Yotam's talent and accomplishments have not gone unnoticed. This past year, he was commissioned by the American Composer Forum to compose a new piece for the Belladonna Baroque Ensemble. In addition, he received the Richard Levy Award for Outstanding Musicianship, as well as the Berklee World Tour Scholarship. Most recently he won the ASCAP Foundation Young Jazz Composer Award. Yotam now resides in Los Angeles, where he is working on his next release.

Here's what you say about
Yotam Rosenbaum - Balance.