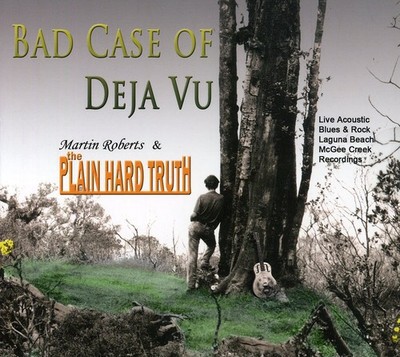 Mississippi was a wild place when Little Richard pressed his early 45 rpm record of "Tutti Frutti", and I was in line at the Yazoo City record store to buy it. I purchased Elvis' "You Ain't Nothing But A Hound Dog" too. I liked Little Richard better. It was grittier. "Hound Dog" was based on a recording by the female blues artist "Big Mama" Thornton. Reputed to have gotten $500 "out of the deal", "Big Mama" was seen later passing a cup around an L.A. club for money. What a juxtaposition of her life verses that of the "King," who like so many others made millions on the foundation laid by the early blues, the cornerstone of all popular music. The "Golden Era" of the early great blues players was still strong in Mississippi. Blues musicians played on the front porches of the shacks along the highways. What a great contrast to Southern California where I grew up. As an example, one summer I traveled by Greyhound bus from my home in Fullerton, California to Yazoo City to visit my mom's family. The bus could hardly get though the streets surrounded by thousands of people waving signs and marching. "Don't worry about it", my aunt told me, "It's just some guy coming down here stirring up trouble. The guy was Martin Luther King. When we went to the movies in town, I wanted to sit in the balcony, but that area was for blacks only, as was the theater's drinking fountain for white's only. It was pretty obvious why things were getting stirred-up. Beyond my isolated observations, things much, much worse were occurring. Yet the blues has survived extraordinary eras to remain an unbelievable unifying force among fans all over the world. In certain ways California wasn't really so far removed from Mississippi, because I was lucky enough to have a rather fanatical 78 rpm record collector friend, Rob Allingham, who lived only a couple blocks away from where I grew up. I loved the unrefined sounds which greatly influenced this production. This is not a polished studio album. It was recorded live at two locations...McGee Creek* and Laguna Beach, in Dan's converted garage studio. It is an honor to present it to you. We hope you enjoy it half as much as we did making this happen. Notes about Plain Hard Truth Band members: I met Bill Maresh and Dan Witte one night as they played guitars under a street lamp in a parking lot of Carl's Jr., Fullerton, California. I never dreamed we'd play music together. Back then, Bill told me about another musically inclined friend he played with, who lived a block away. His name was Jackson Browne who was quoted as saying recently that "When I grew up, I thought all cities were like Fullerton...they aren't." Although I rather disliked school, one of my more positive memories was playing a high school assembly event where my early group shared the stage with Jackson. Band member Jane Allingham, sister of Rob Allingham, my high school friend who had an amazing 78 rpm record collection, influenced both Jane and I tremendously. It seems only natural that she became a musician, like myself and the musical partner of Bill Maresh ever since. Frank Cotinola, a remarkable drummer, happens to live three houses down from Dan where many of the live recordings were made in Laguna 'Beach Shack Studios'. Remaining cuts were recorded live at the historic McGee Creek Lodge in the Eastern Sierras. Without listing the numerous sessions and personalities that the band members have within their resumes, let this project speak for itself. I don't have much use for back-stage passes or after show parties. For us, it's only about the music really. -Martin Roberts.

Here's what you say about
Plain Hard Truth - Bad Case of Deja Vu.