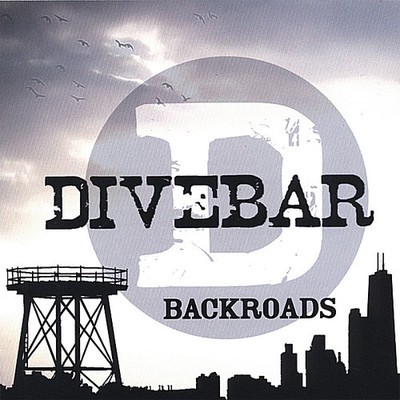 How does one describe the band Divebar? Well, first imagine Hank Williams traveling through time and having a beer with Joe Strummer. Then imagine that they decide to rent a Pinto and drive cross-country, and along the way they pick up Keith Richards and Robbie Robertson. Somewhere outside of Wichita, they run into Aretha Franklin, and she decides to come along for the ride too, but since it's only a 4-seater, they have to strap her to the roof. None of that describes Divebar in the least, but it's hilarious to picture Hank and Joe driving a Pinto while the Queen of Soul rides on the roof like Teen Wolf (at least we think so). Actually, Divebar is an alt-country band out of Chicago, similar in style to Wilco and Lucinda Williams with a dash of Counting Crows. Since their formation in 2003, Divebar has built an impressive following with their crafty songwriting, rich vocal harmonies, and energetic stage presence. Their unique sound is influenced by each of the band members' diverse upbringings - the music conjures up images of the vast plains of Kelly's Texas, the rich farmland of Chris' Iowa, the carefree charm of Matt and Dan's small-town Wisconsin, and the ample parking of Aric's Evanston. In their 3 years of existence, Divebar has released 2 critically-acclaimed EPs (this is the second) and played numerous venues and festivals in the Midwest, most recently the Taste of Chicago festival and 101.9 The Mix's 'Party In The Park' in Chicago's Millennium Park. The name of the band came to them organically in 2003. One summer day, Matt, Dan, and Kelly went to a local dive bar to think of a good band name. After a few beers at the dive bar, they remained stumped. They decided to leave said dive bar and head down a block to a different dive bar. After a few hours at that dive bar, it seemed almost too obvious - they would name their band 'Johnny Awesome & the Metal Thunder'.

Here's what you say about
Divebar - Backroads.