Jason O - Back to the Beat 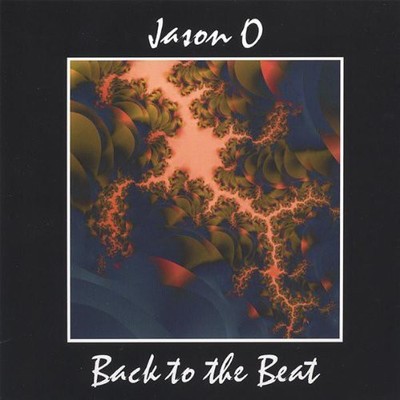 Bio for Jason Olcese, singer/songwriter, written by Jason Olcese (me) who sees no need to put this in the third person: Since I can remember, I have had a beat tapping out of my fingertips and a tune stuck in my head. I was lucky because my parents, both music teachers, pushed me to learn every instrument that held my attention. I dabbled here and there with a number of instruments and worked diligently to progress on a few of these: piano, trumpet, guitar, and drums. Drumming was my passion. But I still had these melodies, rhythms, and complex arrangements stuck in my head and found that I lacked the ability to fluently speak the language of music. I had things I wanted to say but lacked the ability to express them. I heard music in my head but lacked the ability to produce it for the outside world and my own ears to take in. In 2002, the frustration this language barrier led to the beginning of my career as a singer/songwriter and I was dubbed 'Jason O' (go ahead try to pronounce my last name). I couldn't sing and I couldn't play more than a power chord. But from being a drummer, I did know song form and had pretty good intuition, so I just went for it. It was more like I didn't have a choice. The music was inside of me and it needed to find a way out. In that way, writing songs was something I needed to do. Over the years, my singing and playing progressed in ways that surpassed my expectations for myself time and time again. Five independently produced albums later, I have reached a point in my career as a singer/songwriter where I can translate the tunes I hear in my head into words and music. Meanwhile I have been developing as an individual and performer, on and off stage. Struggling to find passion in the academic world I finally settled upon psychology as a major. The lyrics in my music are often fueled by inner psychological struggles. Studying the vast amount of research that has been conducted on the human mind has not only given me great insight and perspective into my own head but also into the common experiences shared by all human beings. This perspective has been indispensable in my development as a singer/songwriter. In addition to developing my ideas and my ability to write and sing, the first three years of my undergraduate degree were devoted to developing my ability as a stage performer. Like many performers I started on a stage nervous and worried about how I sounded. But once I realized that my time on stage wasn't about me, but was about what I could do for others, I relaxed and began to find some of my happiest times were on stage playing my songs in front of an audience of two or hundreds. Now I believe I'm meant to be on stage. I love the energy, I love the opportunity to make another person's night, and (very selfishly) I love the attention. After all, I am the middle child (thank you psychology). Currently I am spending my second to last semester in New Zealand and seeing different parts of the world. In addition to New Zealand, I've made it to Fiji and to Thailand. After my travels abroad, I wouldn't be surprised if my songwriting focuses less on the individual aspects of experience and begins to look at the state of the world at large and issues that affect the human beings on this planet. We'll have to see what happens when I return for one final semester to finish my degree at Penn State University. After that, a life dedicated to the pursuit of a career in music, with a patient insistence on taking things one step at a time and enjoying this journey, wherever it takes me.

Here's what you say about
Jason O - Back to the Beat.