David Cross - Back to Broke 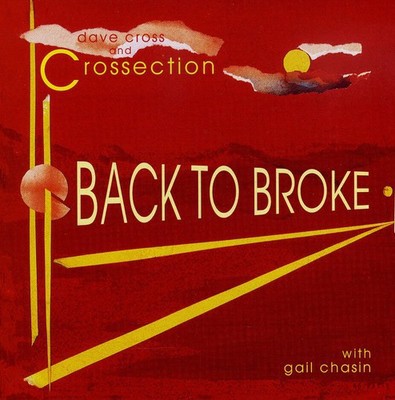 Dave Cross, jazz and blues guitarist, vocalist, bandleader, BMI songwriter, educator and composer (cues for VH1, MTV, ABC, NBC, Discovery, Bravo, A&E, Oxygen, Bill Cosby, Nickelodeon, PBS, USA Network, NYCT, Food Network, TV Land), has performed thousands of club, concert, corporate and festival dates along the West Coast as a solo artist and with the band Crossection. CROSSECTION released two internationally distributed albums on Endurance Records in the 90's: Jazz Blues & Gumbo Grooves, '95, and Back to Broke, '97, that have received airplay on hundreds of stations across the country and in Europe and Asia. Crossections's third album, Simple, recorded July 5-9 '99, was released in March 2000 and has received airplay on analog and digital networks as well as television features. Dave Cross, who lives with his wife and three sons in Laguna Canyon, performs 200+ dates annually at festivals, corporate events, restaurants, clubs and coffeehouses in and around Orange County, California, and teaches privately at the Guitar Shoppe in Laguna Beach.

Here's what you say about
David Cross - Back to Broke.