Din Within - Awaken the Man 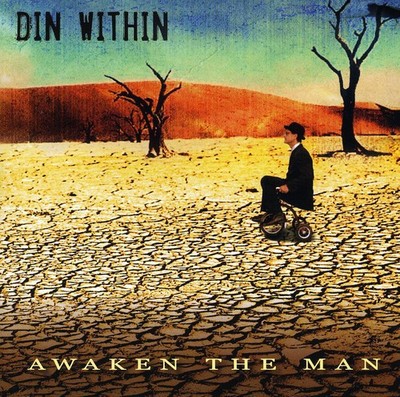 • 'Debut of the year' - Norwegian progressive rock radio show 'Glasshuset' • 'Top 10 Prog Albums of 2007' (#7) - 'Epic Prog with the Lurker' at ProgRock.com Din Within is a progressive rock project based in the USA. With diverse influences ranging from prog, rock, jazz, and classical, Din Within puts a fresh spin on the progressive rock genre, creating some of the most exciting contemporary music available today. 'AWAKEN THE MAN' is a stunning prog masterpiece that weaves together intense, dynamic songs exploring themes of personal struggle and growth. Each song flows effortlessly into the next, with recurring motifs and varied arrangements that engage the listener throughout the album's sixty minutes of music. According to their fans, Din Within's music is 'Intricate and complex without sacrificing melody and strong hooks;' the album features 'incredible musicianship and technical ability.' With lyrics that are 'relevant and topical, yet unpretentious,' set to 'impeccable playing and unforgettable melodies and riffs,' there's something for everyone on 'AWAKEN THE MAN.' It's progressive rock music for people who don't think they like progressive rock - as well as those who know that they do. The brainchild of longtime friends Mark Gollihur and Josh Sager, 'AWAKEN THE MAN' is the result of over two years of tracking, mixing and mastering - all of which occurred during a time of great personal struggle for both Mark and Josh. And the overall theme of the album reflects those struggles, without being maudlin or overly dramatic. Songs like 'Better than Before' deal with feelings of alienation and inadequacy with humor, while the 'Hey You' songs reach out to a long-ago love - not to rekindle, but to express regret. Musically, the album seamlessly blends textures and sounds from all corners of the prog-rock spectrum; a Floyd-ian downtempo section transforms into a rapid-fire guitar solo that is reminiscent of bands like Dream Theater or ACT. Huge Styx-like harmony vocals are laid over Hammond Organ beds, with a nod to bands like Spock's Beard and Kansas. Grinding, bouncy Yes-style bass lines underpin a synth wash reminiscent of old-school Genesis. And yet, this is no copycat or tribute album - the band's sound, while drawing on the giants of the genre's past, brings a lot of new flavors to the table as well. So while some of the ingredients might be familiar, the recipe is definitely new. The album was entirely composed by Sager and Gollihur, but they got some notable assistance: guest artists on 'AWAKEN THE MAN' include guitarist Scott McGill (McGill/Manring/Stevens, Hand Farm, Finneus Gauge) and drummer Mike Ian (Randori, Big Bang), among others. Give the music a listen, and be sure to visit the band's extensive website for photos, bios, and even a studio blog written during the album's creation.

Here's what you say about
Din Within - Awaken the Man.