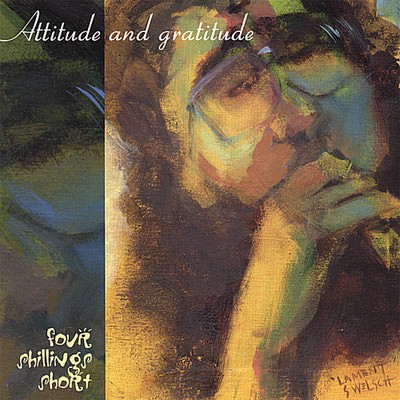 ABOUT FOUR SHILLINGS SHORT 'A California duo you must see to believe. Their musical virtuosity makes old songs sound new and new songs sound like time-worn Celtic spells.' (City Pages, Wausau WI) The international duo 'is nothing short of musical excellence encompassing an eclectic array of world music. They have carved out a musical identity all their own.' (River Stages, Dubuque IA) With a decade of touring in the US and Ireland under their belts the husband and wife duo of Aodh Og O'Tuama from Cork, Ireland and Californian Christy Martin live as full time minstrels in their trusty Dodge Caravan loaded with an ever increasing array of musical instruments including hammered dulcimer, mandolins, Renaissance woodwinds, North Indian Sitar, recorders, tinwhistles, banjo, guitar, percussion and even a bowed psaltry. In a single night, Four Shillings Short perform Traditional Irish and Scottish songs, tunes and airs, Indian Ragas, Folk Ballads, Old-Time songs, Medieval and Renaissance instrumentals and a cappella numbers as well as contemporary folk and original compositions. Their sound has been described as 'wondrously diverse', 'truly refreshing' and 'alternative neo-Celtic folk of the first order'. REVIEWS 'Like a medieval fair in New Delhi, the music of Four Shillings Short is intriguing and worth investigating. Their music is a global potpourri....(New Times, Miami FL) 'They are not the Clancy Brothers or Jean Richie or Ravi Shankar but a combination of all three, laced with Irish (meaning dark) humor-- to go along with the Guiness-and some sharp and smart political commentary that generated lotsa laughs. The collection of instruments is museum-like and I've never seen the place so packed as it was last weekend.' (Edward McCann, Sausalito, CA 2006)

Here's what you say about
Four Shillings Short - Attitude & Gratitude.