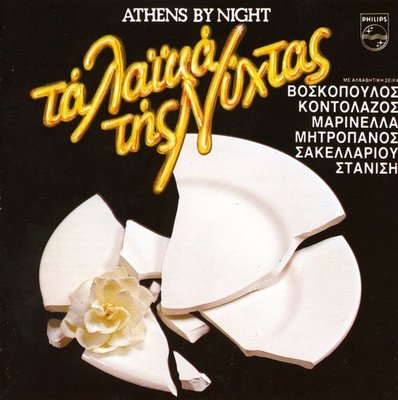 Coming at you like an indie Pet Sound and reminiscent of Big Star's SisterLovers, this one is JC's masterpiece. A seamless patchwork of sound and theme from the title cut, Hopkins' calm demeanor defies his depth as a songwriter and arranger in the footsteps of Brian Wilson and Van Dyke Parks. Acoustic guitar and haunting lap-steel open Athens By Night, moving smoothly into the intricate 'Superglue' which cooly assesses a lying, obsessive love. Baroque 'Diva Antipathy' is a soaring tapestry of classic and folk instrumentation. 'Amsterdam,' a waltz-time homage to a small-town big city, captures the intoxicating feel of those cobblestone streets. Hopkins' work with Barbara Manning, particularly on 'Abigail' and 'Can't Apologize,' reveals a playfulness, and an uncommon honesty. 'Emission in Blue' finds poet Pete Simonelli reading his gravelly ode to love over the beatnick strains of bongos and saxophones. The trumpet heard throughout the record evokes at times a lone voice and at others a Beatle-esque brassiness. Tying it all together are the velvet-crooned lyrics and natural melodies of JC Hopkins. Featuring a supporting cast of San Francisco's underground finest, Athens By Night was recorded over the course of a year with Greg Freeman at his Lowdown Recording Studio. Barbara Manning lends a hand as co-writer of the song 'Abigail,' and she also plays some bass and provides ethereal vocals. Violinist Carrie Bradley (the Breeders, 100 Watt Smile); accordianist Melanie Clarin, and lap-steel guitarist Corey Allen Porter skillfully add to the proceedings. Also featured are the romantic strains of trumpeter Danny Cao and the rhythms of drummer Leor Beary. Under the direction of Hopkins, these diverse contributions arrive together in one thoroughly listenable release. Magnet, April, 1997 An out-of left-field, borderline-brilliant solo debut. Exclaim, February, 1997 Hits you with the impact of a tidal wave and leaves you awed by how much feeling can be in three chords. Daily Trojan, January, 1998 A surprising and jaw-dropping experience. Hopkins' solo debut is a stunning and incredibly complex piece of work. Wired, April, 1997 Wraps Waits and Kerouac in a folk cabaret cloak...a melodic menagerie of lost love and good intentions. St. Louis Riverfront Times, April, 1997 This is pop with some West Coast cool-jazz sensibility, like having Chet Baker living down the hall.

Here's what you say about
J.C. Hopkins - Athens By Night.