3 in Counting - At the Edge 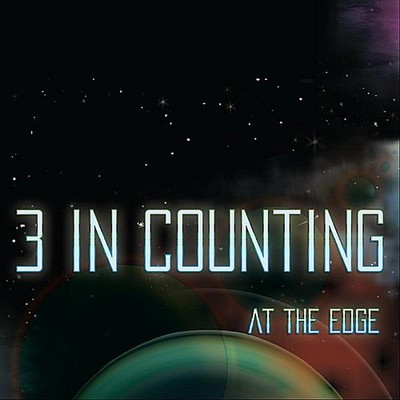 The Chicago suburbs are ripe with local bands trying to make a name for themselves. Glen Ellyn's 3 In Counting stands out in that it's star is already on the rise. 3 In Counting is an acoustic rock/pop/jam band from the Chicago suburbs, and since their formation in 2005 has worked hard to gain fans by crafting songs with interesting lyrics, seamless vocals, and well thought out instrumentation. With a universal appeal and uncanny ability to enrapture fans of all ages and backgrounds, 3IC is often compared with such lauded acts as The Dave Matthews Band, Jason Mraz, Dispatch, Umphreys McGee, and O.A.R. 3 In Counting has separated itself with a unique infusion of diverse musical backgrounds combined with an unrelenting dedication to the quality, originality, and integrity of their music. At the core of 3 In Counting's allure is their dynamic live show. Apparent to the audience is their love of the moment as 3IC performs with magnetic showmanship. With engaging and insightful lyrics, powerful vocals, and multi-dimensional instrumentation, 3IC unites their individual talents to rise above themselves, taking the music to new heights. At any moment one might be witness to a spontaneous, yet timely improvisation as the individual performances of each member coalesce into a cohesive, genre-defying, and cathartic musical euphoria. As their exhilarating live shows enthralled more and more fans, demands for a studio album became increasingly fervent. 3IC was happy to oblige, and to the delight of their fans harnessed their creative energy in the studio and released their debut LP At the Edge (2011). The success of At The Edge confirms 3IC's status as one of the most promising and exciting new acts from Chicago. Not even old enough to have finished college, three hometown friends from Glen Ellyn and original band members Michael Hayes (guitar/vocals), Evan Behmer (percussion) and Eric Csukor (keys) formed 3 in Counting. After writing and recording their first original songs, the band recruited Naperville native Rob Kletsky (bass) in 2007. The most recent member to join the band is another Chicago local Chris Hagerman (saxophone). After 2 years of playing every bar and club that would book them, 3 In Counting had it's first brush with notoriety when they entered and easily won the 2009 Ballydoyle Battle of the Bands contest in Aurora, the prize being a coveted spot on the stage of Aurora's "Rock on the Fox" summer festival. Since then the band has built a substantial fan base, attracted press, and gone on to play the Atlantic City Music Festival, The Miami Music Festival, and many premier Chicago venues like The Cubby Bear, The House of Blues, Double Door, Martyrs, and Schubas. For 3IC, the mission and the message is about the music. They are committed to their collective dream to make a living making music, build a family of fans, continually perfect their craft and express themselves through their music. If you want to hear what the forefront of the Chicago music scene sounds like, get your hands on the newly released "At The Edge" CD by 3 In Counting, available on iTunes and Amazon.com. Even better, get your groove on and attend one of the energetic 3IC live shows going on every weekend somewhere in the Chicago metro area.

Here's what you say about
3 in Counting - At the Edge.