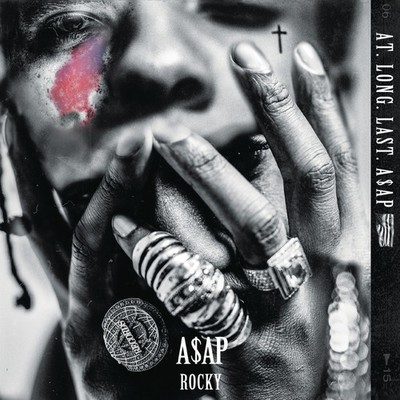 On March 16, 2014, Rocky announced that he was working on the album. Upon the wake of a delay of the ASAP Mob album, L.O.R.D., Rocky subsequently collaborated with Hopsin, Eminem and Tech N9ne on the album's third single, "Hella Hoes", which was released on June 6, 2014. Nonetheless, ASAP Mob leader ASAP Yams announced on his Tumblr account that the album had been scrapped and the singles made for L.O.R.D. are to be included on solo albums instead. On January 18, 2015, Rocky's mentor and partner, Steven "ASAP Yams" Rodriguez, died at the age of 26 with no official cause of death revealed. Weeks after Yams' death, Rocky revealed that his second album would be executively produced by rapper Juicy J, producer Danger Mouse, Rocky and Yams themselves. After performing in SXSW, Rocky was interviewed and confirmed that female singers FKA Twigs and Lykke LI, and producers Danger Mouse (who also serves as an executive producer) and Clams Casino have collaborated to the album. After releasing the song "M's", Rocky revealed that both rapper Yasiin Bey and British musician Joe Fox had contributed to the album. On May 8, Rocky confirmed June 2 as the album's release date, as well released a new single titled "Everyday" featuring Rod Stewart, Miguel and Mark Ronson, who also produced the track along with Emile Haynie. On May 9, Rocky revealed the album artwork on his Instagram page with the caption "AT LONG LAST..." The same day an alternative artwork was revealed, thus the album will have two artwork covers. On May 16, a new track titled "What's Beef?" surfaced. Although it is an unfinished version, it is believed to be an upcoming single. The song samples The Notorious B.I.G.'s classic hit "What's Beef?" from his posthumous album Life After Death.

Here's what you say about
A$Ap Rocky - AT.LONG.LAST.A$AP.