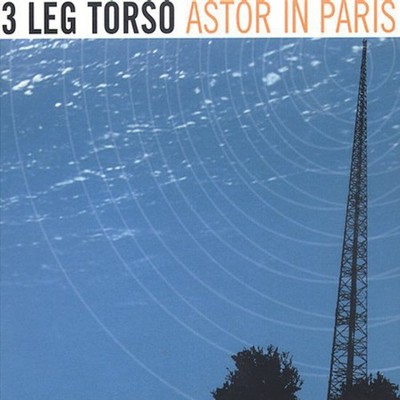 3 Leg Torso began in 1996 when violinist Béla Balogh, cellist Gabe Leavitt and accordionist Courtney Von Drehle came together with the humble goals of creating a passionate and new sound for their instrumental trio and having fun. Fun was had early on with a number of street performances, that the trio termed 'Meestering'. Their original repertoire evolved into a combination of Modern Chamber music, Tango, Middle Eastern and Eastern European folk music's, that, coupled with a cinematic sense of musical storytelling, bridged the worlds of serious art and popular culture. The trio has been profiled on National Public Radio's 'All Things Considered' and on Oregon Public Broadcasting's 'Artbeat.' During the summer of 1997, 3 Leg Torso played a successful East Coast Tour, with stops and the Knitting Factory and CBGB's Gallery. Their first CD, '3 Leg Torso' was released in April 1998. One of the compositions from the CD, Divertissements for Performing Bears, was used as theme music for a Bosnian television series and other pieces have been used in various American and European television commercials. Commissions they have received include scoring With Hope and Help, a United Nations funded documentary on AIDS in Thailand; scoring The Dowager's Feast and The Dowager's Idyll, two films by academy award winning animator Joan Gratz; and composing a series of new pieces for the Portland Institute for Contemporary Art's 1998-1999 season. 3 Leg Torso is now a quintet after adding percussionist/mallet player Gary Irvine, acoustic bass player Michael Papillo and mallet player/percussionist (vibes, marimba, xylophone) Kyle Maclowery. The ensemble's increased size is reflected in the larger scope of their eclectic repertoire. They have performed a number of popular shows in Portland, Seattle, Eugene, New York City, Boston, Los Angeles, Sacramento, Fresno, and San Francisco. Their second CD will be released on November 4, 2003. ----- Reviews: 'All the beauty of Astor Piazolla's music and all the spunk of Kronos Quartet's.'- CMJ 'Wildly exciting, wildly eclectic, rather difficult to describe.' - Dirty Linen 'A success in the fluid netherworld between serious art and popular culture.' - The Oregonian '3 Leg Torso's classically tinged combination of gypsy folk and whirling tangos is both devilishly clever and damn beautiful.' - Willamette Week 'Impassioned and idiosyncratic music'MP3. '3 Leg Torso is just about as creative as a group can get... music that is evocative, varied, non cliché' Joe Natoli, Jan Press 'Daring, intelligent music!' Lauren Ruth Wiener, Mongrel Music.

Here's what you say about
3 Leg Torso - Astor in Paris.