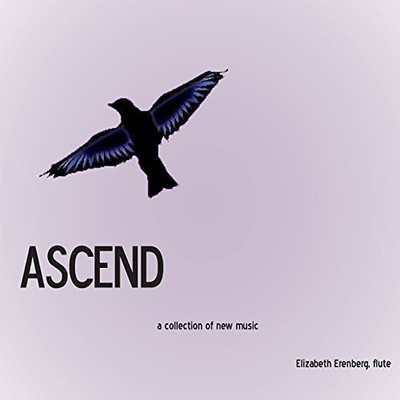 Composer Notes A Glimpse of Heaven is an intimate exploration of color, moving from lighter to dark sonorities as the movements progress. While the outer movements are much more free in their construction and are built on the somewhat vague descriptions of "light" and "dark," the inner movements are set with specific pitch restrictions and rigid formal structure, placing emphasis on the timbre of each featured instrument as it moves through it's registers. This work was written for flutist Kim Walker and percussionist Jon Koenig. - Kurt Mehlenbacher Bonsais: A visit to the National Arboretum in Washington, D.C. provided the impetus for the composition of these miniature pieces for a miniature instrument. Many of the trees on exhibit there and elsewhere have been "in training" (growing with careful guidance) for decades, and some for centuries; I attempt to channel this antiquity with some references to shakuhachi music. Like bonsai trees themselves, which consist of only a few raw materials-wood, leaves, the occasional rock or artificial scaffold-each of these short pieces is likewise an exploration of just a handful of small musical ideas. - William Kenlon Quirks is a collection of conversations between two flutes, structured in three movements that play with the concepts of humor, movement, texture, idiosyncrasy, and collaborative creation. At times, the music calls for the two voices to dance together, to quarrel, to wander, and to finish each other's sentences. - Albert Oppenheimer The Four Spinning Melodies recorded here were composed for Elizabeth Erenberg as part of an unusual collaboration with civil and environmental engineers, mathematicians, and biomedical engineers at MIT, Boston University, and Tufts University. The results are reported in a paper recently published in Nano Today. The melodies respond to "the assembly and properties of bioinspired silk fibers" as shown in two distinct pairs of peptide sequences, and they share repeating musical materials in different concentrations. The scientists we worked with "envision that such [musical] expressions may further the range of applications and creative processes in nanomaterials design." - John McDonald The Spring Flute Duet (Breeze, Seeds, Sun, Flowers) is a reflection of the universal experience of Spring sounding through the interplay of the earthiness of a Japanese shakuhachi flute and the sonority of a traditional European flute. In the opening section of "Breeze," the flute lightly flutters while the Shakuhachi maintains a steady harmonic base line. The melody repeats, but with an exchange of instruments, which yields a comparatively rich textural sound that is different yet complimentary. Continuing into the next three sections, the tonal elements of the two instruments are enjoyed individually, yet when played together, they convey a unique "East meets West" dynamic that is all too rarely heard. - Jeannette Chechile The flute chants inside the piano, creating an aural resonance whose overtones unfold the harmonies of a mysterious chromatic landscape that ultimately evolves and pushes through to a world of tonal serenity. That is essentially the journey of my Flute Fantasy. - Russell Steinberg.

Here's what you say about
Erenberg, Elizabeth - Ascend.