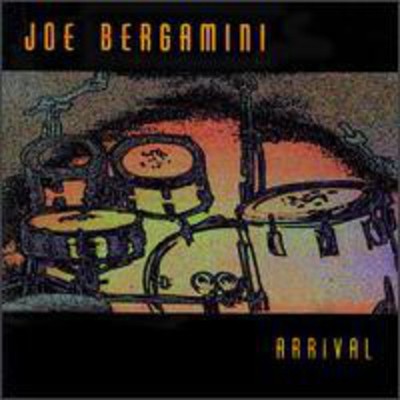 The critically acclaimed debut release from drummer Joe Bergamini, with song compositions by Zak Rizvi and production by Dom Famularo. This CD features all members of the band 4FRONT (also available here on CDBaby) and was the project that marked the formation of that band. Released in 1996, this CD is a must for any drum enthusiast! It features ten tracks, one of which is a seven-minute solo drum composition. Joe Bergamini is an internationally-recognized drummer based in New Jersey. He is the drummer for Happy The Man, the legendary prog-rock group, and appears on their long-awaited 2004 Inside Out release, 'The Muse Awakens.' In New York, Joe performs at the Tony-award winning Broadway show Movin' Out (where he is a sub for studio and stage ace Chuck Burgi). Joe has released three albums with his own instrumental prog-rock / fusion band, 4Front. For 11 years Joe was the drummer in Power Windows, 'The Ultimate Tribute to Rush,' performing all over the Eastern US, in Puerto Rico, and especially to an intense fanbase in New York City. Joe has been performing clinics for Tama Drums, Sabian Cymbals, Evans Drumheads, Latin Percussion, and Vic Firth Sticks for 10 years. He has appeared at the Ultimate Drummers Weekend (Melbourne, Australia), The Cape Breton Drum Festival (Nova Scotia, Canada), and has given hundreds of clinics in public schools and many in retail stores as well. He also teaches private lessons at his studio in New Jersey. Joe has written 2 books, Classic Tracks (Modern Drummer Publications / Hal Leonard), and It's Your Move (with Dom Famularo)(Warner Bros. Publications). Both of these books were voted as one of the best releases of their respective years in the Modern Drummer Magazine Readers Poll. A regular writer for Modern Drummer magazine, Joe writes the 'Rock Charts' column in addition to other pieces. He has also been featured and reviewed in MD, along with various other publications worldwide, including Batteur (France), Drumscene (Australia), and Gig Magazine (USA). Joe endorses Tama drums, Sabian cymbals, Vic Firth sticks, Evans drumheads, Latin Percussion and XL Specialty Percussion.

Here's what you say about
Joe Bergamini - Arrival.