Joe, Marc's Brother - Around the Year with 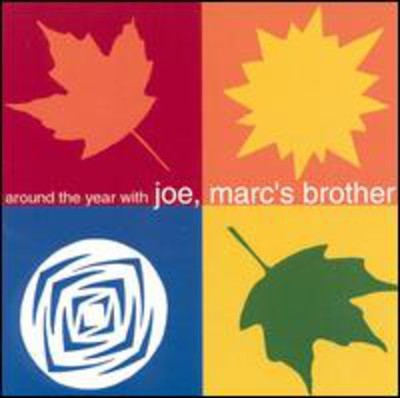 On the follow-up to their debut album, Joe, Marc's Brother ventures into the lands of the pioneers. While drawing upon motifs and conventions of twentieth century music, Joe, Marc's Brother has forged a sound that is both comfortably recognizable and excitingly refreshing at the same time. Produced by Nashville underground dream-team, Brad Jones & Robin Eaton (Cotton Mather, Jill Sobule, Jump Little Children), Around the Year with Joe, Marc's Brother is a transporting listening experience from start to finish. Complete with memorable melodies, inspired lyrics, pristine harmonies, dizzying arrangements, lush sound-scapes, and blistering musical performances, Around the Year with...may be the panacea for those searching for a unique, meaningful music experience in our current corporate music climate. The album's opening track, the bossa-anthem 'Ready To Change,' sets up the central theme for the record while revealing the inherent mantra of the band. Over a bed of lounge-style jazz fused with Brit-pop quirkiness, singer Joe Pisapia declares that he is ready to forsake that which he knows and dive into the unknown. This theme is apparent throughout the record as the band consistently eschews the predictable and the obvious for the new and inspired. That the listener is willfully taken on a journey and never abandoned to over-indulgent exploration and fill-in-the-gaps gimmickry reveals the true craftsmanship of this band. Around the Year With...explores the many moods, contemplations, and experiences of a year in the life of one of the most vital forces in today's musical underground. Track 2 'Stand by Your Lie,' soulfully addresses dishonesty while soothing the receiver with beautiful, atmospheric, dynamic subtleties reminiscent of Fleetwood-Mac at their subdued best. From there, we are propelled into 'Spinning On An Axis,' a rocking, jovial number that reveals Joe's uncanny sense of wit and insight. 'I live, and I love, and I wonder about stuff,' he sings as he spins on his imaginary axis contemplating the nature of the cosmos and his relationship therewith. 'Underwater' finds the band in a pseudo-gospel mood reassuring the listener in perfect harmony that though you may drown in fear, there is always something near to 'pull you up to the top of the water.' While the album exposes the full spectrum of human emotion both lyrically and musically, always is the listener encouraged to see the beauty in the good and bad. As with the seasons of the year, change is a constant with Joe, Marc's Brother. Around the Year with...sees the band wearing many different hats and exploring many different genres of music. Whether the band dips into 80's pop like 'Failing in Love,' the recklessness of garage rock like 'Where Were You,' or acoustic folk like 'Hide Away,' they do so seamlessly. At no point is the identity of the band ever forgotten or confused. The band's ability to mold it's own style while culling from a wide variety of sources is revealing of the inherent talent of it's three members to travel the 360 degree dynamic music range. The centerpiece of the band is Joe Pisapia, lead vocalist and guitarist. It is Joe's musical and lyrical vision that the band draws from. His enigmatic persona is evident in his soulfully expressive voice, his legendary guitar skills, and his deep understanding of music. Joe's talents are strengthened by the assistance of one of music's most solid rhythm sections. On the drums and background vocals is Joe's brother Marc Pisapia. Marc is a rare musical drummer with the ability to convey the necessary emotion for the song, ranging from brushed whispers to bombastic thrashing in a moment's notice. The brothers take full advantage of their genetic commodity by allowing their inherent telepathic communication to take them to very subtle realms of syncopation and harmony. Without the benefit of those same genes, bassist and background vocalist James 'Hags' Haggerty could easily pass for a lost brother. James seals the packaging with his understanding of subtlety, dynamics, and his steadfast grasp on the groove. But perhaps even more compelling is how perfectly his voice complements the brothers, creating a magical vocal blend that is the band's greatest asset. Joe, Marc's Brother has been touring the U.S. for the past several years and continues to win legions of fans with their phenomenal live show wherever they go. Over the years, the band has received several awards and attracted much critical acclaim. The new album, Around the Year With Joe, Marc's Brother, has already garnered rave reviews and is creating quite a buzz. Look for the band on tour, and see for yourself why Joe, Marc's Brother is stirring things up.

Here's what you say about
Joe, Marc's Brother - Around the Year with.