Lou Del Bianco - Around the World 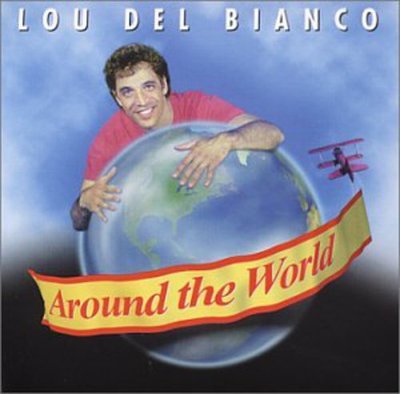 PARENTS CHOICE AWARD WINNER!!! 'Fresh....Funny....Highly Entertaining' Billboard Magazine It's Danny Kaye meets the Beatles meets Fireside theater! 'Around the World' is an exciting 45 minute multi-cultural CD that combines storytelling, music, and whole lot of fun! Lou Del Bianco takes his audience on an exciting journey stories that reflect the African, South and North American, Asian and European cultures. Each story contains a valuable lesson that can teach us all something about ourselves. And what's more, audiences will be treated to over 30 different characters, so after repeated listenings, there's always something new to listen to : o) .Children will discover that we all have a story to tell no matter where we come from .....Around the World! WHO IS LOU DEL BIANCO?.............. 'THE MOST EXCITING NEW ARRIVAL ON THE CHILDREN'S SCENE IN YEARS'.......T.V. GUIDE HANDS DOWN THE MOST EXCITING PERFORMER IN THE FIELD'....BILLBOARD Actor, singer and storyteller Lou Del Bianco has been working with children of all ages since 1982. According to the New York Times, Lou's dramatic approach to storytelling 'puts pow into passivity!' The Parents Choice foundation states that 'few performers excel as both storyteller and musician, but Lou Del Bianco is one who does.' Lou's second release, 'When I was a Kid' is 'one of the most unique children's albums ever', according to Billboard Magazine. Lou's other releases 'A Little Bit Clumsy', and 'Around the World', have also been honored by Parent's Choice as well as NAPPA, BOOKLIST, CHILD Magazine, Family Fun and a slew of others! Lou's most recent release, 'Lost in School' further chronicles the joys and fears of childhood. Lou has performed all over the country, from the Tastes of Chicago to The Kravis Center to Carnegie Hall. His music video, 'A Little Bit Clumsy', is presently playing on the Learning Channel. He has traveled the Northeast as an artist in residence for 17 years; performed in San Diego at the International Reading Association's annual convention; been a keynote speaker from North Carolina to Massachusetts. 'Stories Alive!', Lou's newest venture, is a local cable television show for children and is now presently in the planning stages! On an educational level, Lou has been an artist-in-residence since 1987 and has worked in many schools alongside teachers to help improve literacy in the classroom. His Kinderart residency (created with his wife, Camille) was honored by New York State as a model program, and his story theater residency has reached thousands of elementary children all over the tri-state area.

Here's what you say about
Lou Del Bianco - Around the World.