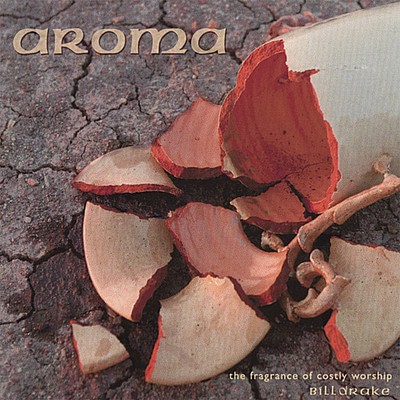 Abused and unwanted as a child and young teenager, Bill Drake knows what it is to feel hurt, rejected and without hope. At the age of 19 he was playing piano in bars and nightclubs in his native America and was on the brink of ending what he describes as his "unlovely life." Then a group of young people decided to step out of their comfort zone and witness to Bill and others like him. They challenged him not to take his life, but to lose it, to give it up to the God who loved him unconditionally and who could give his life the purpose it had never had. Bill remembers walking home one night, feeling like he had a gun in one hand and a Bible in the other. Which would he choose to use? By the grace of God, he chose the latter. God radically changed his life and began to use his musical gifting to challenge and encourage many others. Several years later George Verwer, founder of the international missions organization Operation Mobilization, heard Bill lead worship at Biola University in California and threw out a challenge: "How dare you play and sing songs like that if you are not willing to back it up with your lifestyle?" Bill was stunned. This total stranger had just seen right through all Bill's pretence and hypocrisy. George went on to challenge Bill to live the commitment he was singing about and join Operation Mobilization as International Music Minister. After graduating from Biola, Bill did this, moving to England with his family. An ordained Baptist minister, skilled musician and gifted preacher and teacher, Bill Drake has seen the Lord powerfully touch his ministry, and has been privileged to travel to over 50 countries, gaining recognition in Australia, South Africa, the US and many countries in Europe. Now based in OM's USA office in Atlanta, GA, his powerful music and uncompromising message continue to make the life-changing message of God's love a reality to many internationally each year. Many have recognized an anointing on Bill's music similar to that on Keith Green's, and thousands of lives have been touched and radically changed through this ministry. "Bill Drake is at heart a missionary. His music has opened doors across the world to effectively communicate Christ to unbelievers, and real, gutsy discipleship to believers. Passion, humility and reality are his hallmarks." Charles Price - Senior Pastor, The People's Church, Toronto, Canada. 'AROMA' ALBUM REVIEW: Operation Mobilisation's Bill Drake and his instrumentalists conjure-up an engaging experience. An 'easy listening' tag gives no justice to the unspoiled earthy style. His missionary roots are too deep with branches ascending heavenward for him ever to be trite. 'Aroma' is not escapist entertainment although all these album cuts have serious 'rock-worship' stamped on them. This contemp-anthology is resplendent in dedication and drive. Musically and poetically, Bill painstakingly maneuvers the audio-project through seas awash with 'good news' and deep heart-sentiment. The spectrum of style ranges from soft ballads to high-energy but all are contemporary and none purely nostalgic. This album features some wonderful new self-penned keepsakes reflecting the best of this Century 'praise & worship' genres. HIGH POINTS: Deep heartfelt worship, and serious 'rock-worship'! LOW POINTS: Not mere entertainment for would-be escapees!

Here's what you say about
Bill Drake - Aroma-The Fragrance of Costly Worship.