Adrianne Serna - Another Day in America 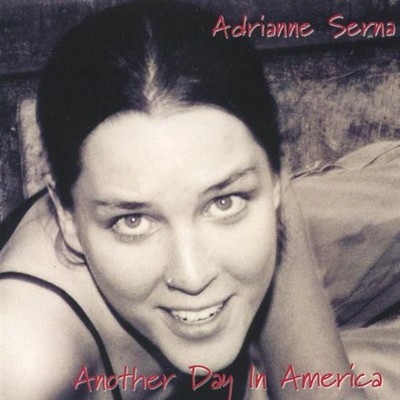 Please visit Adrianne Serna's website, Sernasongs.com, to get her latest single - Let It Shine - for FREE! Equal parts artist and entrepreneur, singer/songwriter Adrianne Serna wasted no time hoping to be 'discovered' by a big record label. Instead, she released this debut album on her own Poor Girl Records, earned a Bachelors degree in Music Business from San Francisco State University, and booked her own tours. Three years after the conception of her label and the release of her debut, Adrianne returned with a brand new album and a four-piece band. The second album (TIME AND PLACE) is chock full of big choruses, lush harmonies, and not a single lyric that contains the word 'baby' - a feat that Adrianne finds worth noting. Adrianne has sold thousands of her first two albums and has performed at many clubs, festivals, and cafés throughout the San Francisco area as well as down the West Coast. Her songs have been featured on many radio stations including Northern California's KRSH, Tucson's KXCI, Cleveland's WRUW, Honolulu's KTUH, Arkansas' KASU, and Maine's WMHB. Most recently, Adrianne took a break from the stage and the band in order to craft songs for her third release, LET IT SHINE. 'I took much longer to make this record than I anticipated, but I think the results are well worth it. I've had a lot of fun writing and recording these songs and I think the good vibes definitely shine through.' LET IT SHINE is a 10-song indie pop delight showcasing Adrianne's distinct and infectious vocals and her undeniably catchy songwriting. From the electric guitar and handclap driven 'Let It Shine,' to the fun, ukulele reggae groove on 'I Love the Rain,' to the mesmerizing and ethereal 'Cozy,' Adrianne has weaved together an album that will have listener's hearts smiling all the way through. Check it out right here on CD Baby!

Here's what you say about
Adrianne Serna - Another Day in America.