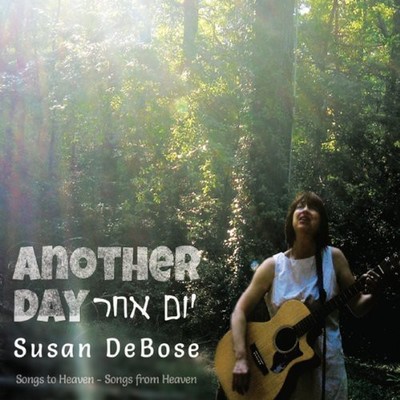 ANOTHER DAY invites listeners to close their eyes and come away for awhile, to a quiet place, and drink deeply of LIFE. Susan Debose has been singing for audiences since the age of five, in many different settings, including churches, community events, and concerts. Her life reflects the restoration of David's Tabernacle through song, painting, and dance. She is the mother of six children by birth, plus six steps, plus three more who 'came for dinner and stayed.' Susan shared the gift of music with all her children, several of whom became ministers of music as adults. Keren DeBose, her youngest, is featured in the bonus track of the album, introducing her spontaneous praise song, 'Wrap Me in Your Love.' Keren attends Angelina College as a music major. ANOTHER DAY represents the friendship and artistic collaboration of Susan Debose and Rozalie Jerome. Both inspired by the same spiritual awareness and mission, their greatest joy is to experience and share with all the world the reality of heaven on earth now and Tikkun Olam. Rozalie and her husband, Mitch Jerome, are the founders of The Crossover Project in Kingwood, Texas, in it's mission, 'Healing Relationships Between Jews, Christians, and Our G-d." They produce a magazine show which airs on TV, radio, and internet in over 115 countries around the world. Their ministry also includes Healing Rooms and community events such as the Holocaust March of Remembrance. The Crossover Project also promotes prophetic, Biblical arts. Susan became part of The Crossover Project by providing live worship music in the Kingwood Healing Room and for the Houston March of Remembrance. 'Downloads From Dad' can also be found on the ministry website, as Rozalie writes her poetic inspirations, three of which became lyrics for songs on ANOTHER DAY. A devotional book is in the making from these. Susan's paintings are also featured on The Crossover Project website, under Biblical Arts. ANOTHER DAY was recorded, orchestrated and mixed by Jesse Wortham, of Huntsville Texas. A stunning guitarist, Jesse offers his personal touch to several of the songs, as well as percussion, strings, and occasional vocals. Jesse is a singer, musician, worship leader, and songwriter, and his own work can also be found on iTunes.

Here's what you say about
Susan Debose - Another Day.