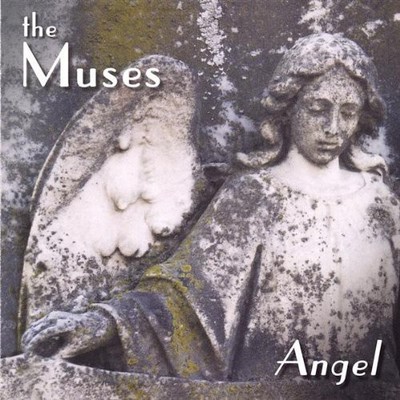 The Muses are an a cappella group formed in 2001 and based in Asheville, North Carolina. They sing an entertaining and soulful mix of World Beat/Americana music. Their diverse song repertoire covers a wide range, from American spirituals to music of the 40s to songs from around the world. The group's members are as eclectic as their songs. Gail Forsyth is from Scotland and brings to the group not only her lovely voice but also a wonderful expertise from her native homeland. Erin Doyle, an Ohioan, sang in school choirs from elementary school through college, and sang with such diverse artists as Sesame Street's Big Bird and the renowned orchestral director Loren Mazel. Jennifer Lane, a New York native, has sung for audiences since age 5 and, showcasing her rich alto voice, often accompanies herself with her guitar. Natalie Grinnell, a true songbird, is originally from Durham, North Carolina. She has musical theatre experience and has performed in such shows as Godspell, A Chorus Line and Fiddler on the Roof. Judy Rhodes was born into a family that has lived in Western North Carolina for seven generations, and for whom music is a family tradition. She sang in the Dalai Lama's 'World Festival of Sacred Music' in Bangalore, India in 2000. Judy wrote two songs in honor of September 11, 2001 and both appear on the group's debut CD 'Angel.' Robin Rose Alexander is another Muse member whose family has lived in Western North Carolina for many generations. The newest member of The Muses, Robin was previously a solo artist performing Scotch and Irish songs. Robin brings to the group her beautiful voice, a large repertoire of Gaelic ballads and a wonderful sense of humor. The Muses love to sing together and have performed at many venues throughout North Carolina, large and small. A typical Muse performance includes selections from around the world in Macedonian, Hebrew, Spanish, Scots, Cherokee, and Nigerian, as well as gospel tunes, numbers from the 40s, original compositions and new material. The Muses' debut album, 'Angel', was recorded in Asheville, North Carolina. Many of the songs were recorded on location at the Basilica of St. Lawrence, whose incredible acoustics accentuate and heighten The Muses' soaring melodies and beautiful harmonies. The CDs release in July, 2003 has received a tremendous response. Fans claim that hearing The Muses sing is an unforgettable musical experience. Folks are enthusiastically purchasing multiple copies of 'Angel' to share the unique, moving musical experience with family and friends.

Here's what you say about
The Muses - Angel.