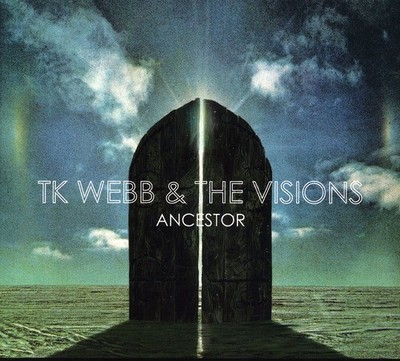 TK Webb & the Visions Ancestor Following the release of TK Webb's second solo LP, Phantom Parade (Social Registry, 2006), dubbed by Rolling Stone Magazine as a four-star, oddly gripping effort, it was evident that Webb's songwriting was beginning to outgrow the sound that had peppered his solo efforts. The new songs that would go on to comprise the Ancestor record referenced the rock music that Webb had grown up on. This sparked his decision to form the Visions in the summer of 2007. Joining Webb in the new band on second guitar is Brian Hale (ex-Love As Laughter), who had previously been accompanying Webb on bass following the release of Phantom Parade, Nic Gonzales (The Comas, Love As Laughter, Blood on the Wall) on drums, and Jordan Gable rounding out the line up on bass. This new cast helps take TK's acoustic visions and plugs them in through the Marshall, making for a heavier, more cohesive listen than Webb's previous work. Produced by Matt Boynton at his Vacation Islands Studios in Brooklyn, Ancestor speaks of modern day paranoia, love, and a host of other human emotions many of US face in our day-to-day, making for not only an amazingly heavy, but also a sincerely beautiful recording. TK Webb is the undiscovered blues genius of the east village (The Fader). (genre: Rock, Psych, Blues, Alternative)

Here's what you say about
T.K. Webb - Ancestor.