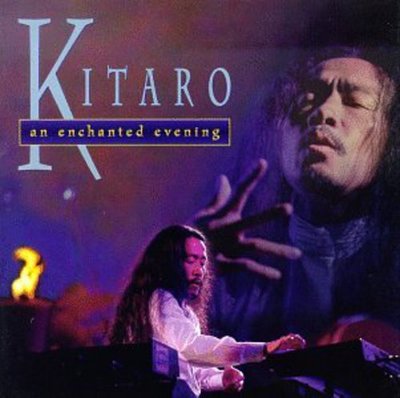 For over a quarter century, Japan's Kitaro has been an internationally recognized icon and globally acclaimed composer and musician. Influenced early on by American rock and R&B, Kitaro began experimenting with synthesizers and a rainbow of unconventional sounds in the mid-'70s. His pioneering fusion of electronic artistry, traditional Japanese forms, and pop-inflected Western idioms created a lush, harmonic, and poetic sound that won the now legendary artist a huge international following. 1980's Volume 1 in the revered Silk Road series is considered an all-time masterpiece, with subsequent volumes only adding to it's luster. '87's GRAMMY-nominated The Light Of The Spirit, a collaboration with Grateful Dead drummer Mickey Hart, exceeded sales of two million in the U.S. alone, elevating Kitaro's presence Stateside to an unprecedented degree. 1992's transcendent Dream, made with Yes' Jon Anderson, was also a smash, and other highlights are too numerous to single out. 2000's Thinking Of You, which online music bible called 'one of the most beautiful CDs of all time,' won a GRAMMY for Best New Age Album, and Kitaro is universally acknowledged as a founding architect of the genre. That being said, Kitaro's atmospheric, powerfully emotive, and multi-textured music truly defies the constraints of any genre, epitomizing what Domo Records founder Eiichi Naito identifies as the label's guiding principle-'To provide a home for both the creators and aficionados of quality music beyond the borders of categorization.' Most fundamentally, at it's heart, Kitaro's music is always about sending a profound message of peace and spiritual development, both personally and globally. With Sacred Journey Of Ku-kai Volume 2, the artist's lifelong vision coalesces into an elegant and wondrously integrated master work. The first in an important series, it offers a beautifully expressed and richly resonant experience through which to contemplate our changing world.

Here's what you say about
Kitaro - Enchanted Evening.