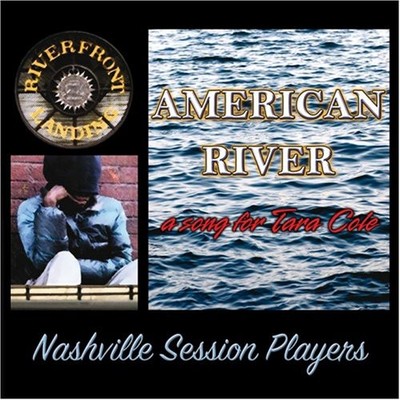 NASHVILLE SESSION PLAYERS BIO Tired of being told by various and sundry music industry insiders that many of his songs are good in quality but will never be recorded in Nashville due to political and social content, songwriter Richard Aberdeen got together with some of Nashville's top musicians and session vocalists and began to record material content that many here in Nashville (and elsewhere) believe should be heard on 21st Century American radio, given the dire straits that members of both major political parties have managed to drag our nation into. So far, four CDs have been recorded under the generic band name 'Nashville Session Players'. Our first effort, Homeless In America (20 tracks +2 free downloads), was released in June of 2005. It contains multi-genre socio-political, serious and satirical issue-oriented material, as well as a few inspirational-type songs; issues addressed include homelessness and poverty, anti-war, congressional corruption, neo-con and religious wrong, healthcare, social security, unjust taxation, human, civil and Native rights, gun control, globalization and more. It has received airplay on several thousand radio stations throughout the United States and foreign markets. Some of the tracks have also been used on various television programs and radio talk shows, such as Thom Hartmann's Air America show, some in documentary films and, the song "Big Mack Donald" was selected for a recent VH-1 "Save The Music" charity CD release. Songs from our other CDs below have also received growing radio airplay and film use as their dates of release allow for. We released our second CD, entitled Gonna Rise Up (19 tracks + 1 free download), in September of 2006. It was produced by established country music songwriter and artist Razzy Bailey, who has written thirteen number one songs and recorded over fifteen albums. Two of his own new songs are included on this second release and his seasoned country-blues vocals can be heard on four of the tracks. This second multi-genre project is "populist" in slant and centers on the absolute national security necessity of affordable and quality healthcare for everyone within our borders (i.e., disease is contagious), which is a growing national concern among U.S. citizens of all political persuasion. Other issues addressed in this new project include congressional corruption, immigration and homeless war veterans and the title song, "Gonna Rise Up", is a tribute for Hurricane Katrina victims. This project also includes tribute songs for Rosa Parks and Pete Seeger. Our third Nashville Session Players CD, American River (19 tracks +1 free download), was released in January of 2007. Unlike our first two CDs, this third multi-genre collection is deliberately non-partisan by design, containing mostly inspirational song material. With contributions from several outside writers, it was released as a tribute for Tara Cole, a Nashville homeless woman who was murdered for the 'crime' of being homeless. Severe beatings of homeless people, sometimes leading to murder and, often filmed for both sadistic and profit-motivated reasons, is a most unfortunate, serious growing national problem. Information about the Tara Cole incident can be found on our website. A fourth Nashville Session Players release, Who Would Jesus Bomb? (20 tracks), is scheduled for release in September of 2008, the entire collection to be offered as a free downloadable CD. It was 'inspired' by the necessity of responding to the overt lies and covert crass propaganda machine of former presidential adviser Karl Rove and the Junior Bushwacked Administration and, the knee-jerk, inept and ongoing totally corrupt actions of the members of both houses of Congress in Washington D.C. (Samuel Clemens would have a field day). This 20-track multi-genre release contains both satirical and serious socio-political material, as well as several inspirational songs. It contains tribute songs for the victims of 9/11, Satchel Page, Martin Luther King, Jr., Jesus of Nazareth and the 1970 murdered students of Kent State and Jackson State universities. Our recordings have been featured in a Joseph Piner homeless documentary film, Uncertain Days: Living Homeless and in several television and film productions. And, our CDs have been used by the National Coalition for the Homeless, New Orleans Common Ground Collective Relief and several other organizations as a fund raising tool. We are open to select organizations using our recordings in this fashion at our cost and our songs and music tracks may be used for no charge in approved video, film and television releases. For fund raising and film production opportunities, as well as many free downloadable songs, music videos and more information, please visit our website.

Here's what you say about
Nashville Session Players - American River a Song for Tara Cole.