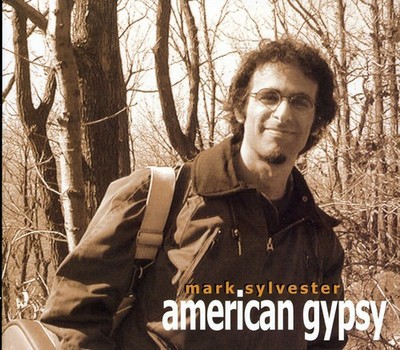 'American Gypsy' is Mark's CD of original acoustic guitar solo pieces. The diversity of these pieces represents his many musical influences which include the Dave Brubeck quartet's experiments with time ('Night'), J. S Bach and baroque dance forms ('Sarabande'), Michael Hedges and ambient music ('Cathedral') and contemporary folk ('Hope' and 'I'll Not Be Weary'). Mark's distinctive compositional and playing styles come across when he blends these various influences in pieces such as 'Caravan,' 'Dance of the Misfits' and 'American Gypsy,' the three-part title-track. 'The untimely death of Michael Hedges in 1997 cast a long shadow over the music community. Thankfully, guitarists like Maryland's Sylvester are keeping Hedges' sound alive in blends of neo-classical, folk, and jazz. Sylvester's crisp, tender playing is particularly adept at drawing out folk melancholy.' -c^net editor's review 'With his debut recording, Mark Sylvester gives us a gift of music. These are mesmerizing melodies, presented with a subtle virtuosity, which humbly focuses attention on the quiet beauty of each piece rather than the remarkable skill of the artist. This solo guitar recording, aptly named American Gypsy, reveals influences from Appalachian tunes and American blues to European Baroque and Medieval music. Some compositions on American Gypsy are beautifully melancholic, yet many slip into an optimistic major. Urban Nocturne, is a light, blues-influenced number, casual yet refined. I'll Not be Weary is pure, American folk, delivered with a hummable, Arlo Guthrie-esque tune. Sylvester seems to find commonality in many different cultures. The compositions he creates are evocative and spiritually rich. One striking piece, Alchemy, is built around a harmonic minor scale, invoking a Middle Eastern flavor and a mood of enchantment. Hope, the sweet melody that follows, characterizes Sylvester's non-pretentious versatility. ' -Takoma Voice.

Here's what you say about
Mark Sylvester - American Gypsy.