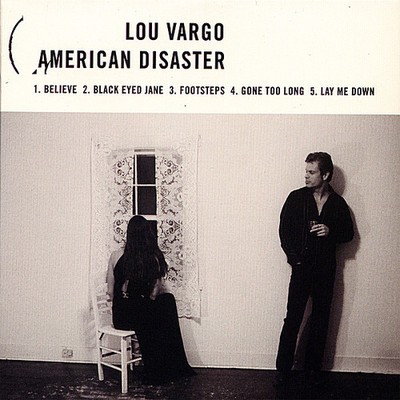 Raised in old Detroit by a union father and tough but tender stay at home mom, true working class grit runs through every fiber of Lou's being and brings bold influence into his life and his music. Lou fell under the spell of Townes Van Zandt, Steve Earle and Guy Clark, escaped to Texas and formed a band. Four Mile Mule quickly became legendary both for their off-stage antics and on-stage prowess, opening for acts such as Billy Joe Shaver, Ray Wylie Hubbard, Todd Snider, and Pat Green during their heyday. Dallasmusic.com called Vargo's band 'one of the last true rock bands.' But, after performing over 200 gigs a year for five years, Lou found it was time for moving on, once again. In 2003, Lou pushed eastward to Nashville, where he would take three years to perfect his craft and go from rough-and-tumble frontman to the raw, thought-provoking singer/ songwriter he has become. The producer of Vargo's upcoming release 'American Disaster' Jack Hale puts it this way, 'It is Lou Vargo...the look, the person, the song, the voice, the guitar, it is his persona. He wakes up and goes to sleep being this person...it is something you have or don't have...very hard to fake it in this day and age especially in this style of music. Think of Bob Dylan, Johnny Cash, Neil Young, Willie Nelson, Kris Kristofferson...when you hear them, see them, read about them - everything lines up...I call it the believability factor.' Hale ought to know the real deal, he had a 20 year career as Johnny Cash's musical director, engineer and producer. Finally combining Texas twang with the brutal honesty of his Midwestern roots, Lou Vargo creates a fusion of sound his listeners find ruggedly ear-pleasing. Melodies reminiscent of Hank Williams country, Paul Simon folk, and 90s bred alt-rock are seamlessly intertwined with Lou's raw, soulful vocals. It's the kind of music that you want to hear when you walk into a roadside bar, a place where illusion, fake friends, and Music Row hierarchy don't matter.

Here's what you say about
Lou Vargo - American Disaster.