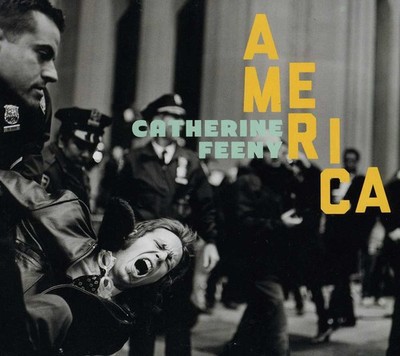 Produced by Sebastian Rogers. Engineered by David Etlinger and Sebastian Rogers at Bungalow 9 in Portland, Or. Mixed by Sebastian Rogers at the Magic Closet in Portland, Or, except track 2, mixed by Tony Lash. Mastered by Tony Lash at Mandible. Matt Carson -- Upright bass, Electric bass, Banjo, Additional percussion on tracks 2, 6 & 9, Hammond pedals on track 8 Nate Crockett-- Violin, Viola, Trombone, Banjo on tracks 4 & 5, Electric bass on track 6, Hammond organ and Mandolin on track 2, Beatbox on track 9 Daniel Dixon-- Electric guitar, Piano, Drums, Percussion, Drum machine, Auto harp, Glockenspiel, Hammond organ, Wurlitzer organ, Backing vocals on tracks 7 & 8 Caleb 'Josh Machine' Heinz-- Electric bass on track 5. Andrew Stonestreet-- Backing vocals on tracks 2, 3 and 4, Piano on track 9 Sebastian Rogers-- Acoustic guitar, Electric bass on track 2, Backing vocals on track 6, 7 & 8 Catherine Feeny-- Vocals, Ukelele, Hammond organ on track 4 Songs written by Catherine Feeny,Year of the Rabbit (ASCAP), except track 2, written by Catherine Feeny and Sebastian Rogers, track 3, written by Catherine Feeny and Daniel Dixon, and track 10 written by Anais Mitchell, Candid Music Publishing. Strings arranged by Nate Crockett. Cover photo by Ashley Gilbertson. Inside photo by Parker Fitzgerald. Album design by Ashley Marcu. Catherine talks about 'America': 'It was October, and my goal was to record a new album before the year was out. I had been writing for several months and I was restless from being shut up in my sun room. When I saw the the first video that came out of Occupy Wall Street, it struck a deep chord in me -- reflected there were my feelings of alienation from mainstream America, my sadness at the massive divide between my love and hope for my country and the reality of the path we were on. A fan of the band I have with my husband, Come Gather Round Us, contacted me out of the blue saying that she thought we should be in New York at the protests. They had a gold coin they wanted to put towards getting us there. We were floored by how this offer matched our desire to be part of this cultural/political phenomenon. We accepted the gracious gift. Sleeping in a park in central Manhattan for 5 weeks, being forcibly removed/arrested, meeting hundreds of the thousands of people who came from all over the world to check out what was happening at Zuccotti Park -- these experiences altered not only my timeline for the album, but my heart and therefore the heart of the album itself. 'United' was written as a single to be sold as a fundraiser as we struggled to keep afloat in New York -- it is the anthem I kept hoping to hear as we marched through the streets of New York. We borrowed a 1970s tape deck from a friend and went around the park recording samples of the drum circle and spoken word. The tape deck was in our tent the night the NYPD came to the park to remove us, and were it not for a friend who grabbed the deck and ran when the police arrived, the deck and the material we gathered would have been lost. The rhythm in this track is made entirely of samples from Zuccotti Park. 'Marginalized Limb' speaks of the deep divisions in the OWS community that became increasingly destructive during our time there. 'Police State' is a lament and a call to action, inspired not only by abuse of power within the police force but by the long arms of corporations who help maintain the status quo. 'Spill it all Over the Ground' is an exploration of the arrogance implicit in colonialism and the degradation that results. My husband and I returned to our home in Portland, Oregon in January to pick up where we left off. It was a jarring transition -- away from the ongoing hyper-political, hyper-intellectual conversation that was our world in New York to a laidback lifestyle where who was playing at Holocene that night seemed the most pressing issue on everyone's mind. In effect, this album is a bridge between those two worlds. We bamboozled Matt Carson, a friend and camp mate from Zuccotti Park and a classically trained musician, into coming to the West Coast with us -- he played bass on the record. Daniel Dixon (Greylag), our Portland housemate and a phenomenal multi-instrumentalist, played guitar and most of the drums/percussion. Nate Crockett of Horsefeathers (Killrockstars) contributed violin, trombone, banjo and his unfailingly awesome attitude. Another friend from OWS (Shawn Greagor) acted as the cheering section and captured the whole process on video. For our third album collaboration, my husband (producer Sebastian Rogers) and I chose a small studio in Southeast Portland called Bungalow 9. Owner Danny O'Hanlon had amassed an amazing collection of vintage outboard gear and made the studio a warm, creative space. The seven of us (Sebastian was assisted by David Etlinger) crowded into the studio with no rehearsal under our belts to figure out the album we were going to make. First thing in the morning, I'd throw a bunch of stuff into a crockpot. Then I'd play a song and everybody would pick up an instrument to play along. When we hit upon a combination that felt exciting -- often with input from Sebastian -- I'd lay down guides for everyone to play to, and we'd started recording on top of them. Sometime around 4 we'd break for a slow-cooked lunch, and then record some more. We did 10 tracks in 10 days. The title for the album -- 'America' -- comes from the track 'Map of America,' which was written before our time in New York. It is a song about searching and intention, about gratitude, hope and finding a home. America, a word that floats off the tongue, the light beauty of it belying the complex and painful history that finds us where we are. America, a nation in transition, within a world in transition, all of us souls within it engaged in personal revolution everyday.'

Here's what you say about
Catherine Feeny - America.