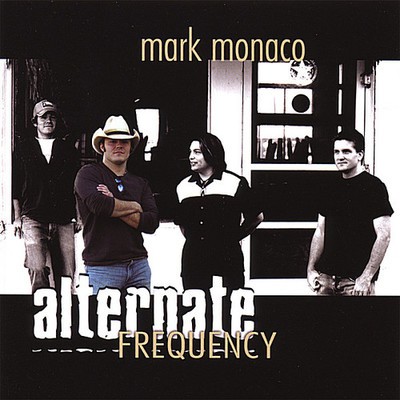 Mark Monaco Biography Born and raised in San Antonio, at 27, Mark Monaco has already been performing professionally for the last 16 years. In 2003, Mark was the winner of the Austin Finals of the Nashville Star TV series put on by Sony Nashville and the USA Network. Mark has released two albums and has played shows with artists like Pat Green, Kevin Fowler, Cross Canadian Ragweed, Johnny Bush, and Billy Dean. With the 2005 release of Alternate Frequency, Mark and his band are hitting the road in support of the new album and gaining new fans at every stop. It hasn't been an over- night journey, though. Over the years, Mark has worked to cultivate his songwriting style and performed in dozens of venues throughout Texas and Tennessee. While still in high school, Mark stepped into the studio to record with Grammy-winning engineer and family friend, Chet Himes (Christopher Cross, ZZ Top) to record a demo of his own material. After high school, Mark headed for Nashville. In 1998, while attending Belmont University, he landed an internship at Decca Records on Music Row. It was there that he witnessed the inner-workings of a major label and rubbed elbows with country music greats. But it wasn't until he transferred to Texas Tech that Mark got his first taste of touring on the road and was able to build a strong fan base throughout the state. Mark graduated from Texas Tech with a business degree in Marketing in the spring of 2001. Returning home to San Antonio, he went to work full-time at the family business during the day and continued to perform and record his music at night. In 2002, Mark released his debut album, American Highway. Mark wrote, arranged, and produced all 11 tracks using Grammy-nominated engineer Eric Paul (Townes Van Zant, Willie Nelson, Billy Joe Shaver) to record the title track and mix the album at Willie's Pedernales Studios outside Austin. Through persistent touring and radio support, Mark's single, Renegade, reached #46 on the Texas Music Chart in 2004. In June 2005, Monaco released his second album, Alternate Frequency. "It was a whole new approach to making records for me," Monaco says of his latest release. "I found myself performing many of the parts myself instead of bringing in studio musicians like I had on American Highway. This record was far more tedious, but much more gratifying in the end. I really grew as an artist/producer and found myself pleasantly surprised at what I had achieved on this record," Mark confides. The future looks bright for Mark Monaco. With a new album and fresh band line-up, he is ready to conquer the road ahead and take his music and vision to new heights.

Here's what you say about
Mark Monaco - Alternate Frequency.