Debbie Elliott - All About U 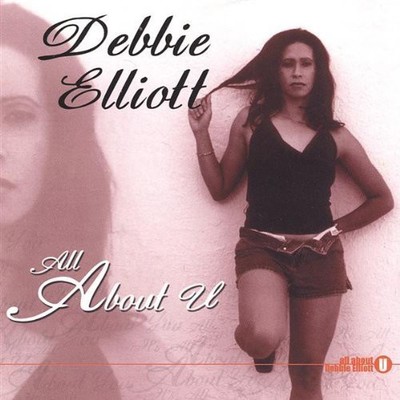 Debbie Elliott Nathalie Amoi Elliott born September 18th 1971 in St. Elizabeth, Jamaica started singing at he age of nine while she was in Primary School. Debbie was the Female Voice of her brothers band the Majestic Beevites in the 1980's alongside Ron Banton and Verrol Ebanks. She performed all over Jamaica with her brothers Collin, Ozzie and Jervis singing at Festivals, Christmas Concerts, Private Parties and Community Club Events and even for the Diplomatic Prime Ministers of Jamaica. The Majestic Beevites Band later moved to Ocho Rios leaving Debbie behind where she attended Junction High School for One year. Her brothers realizing her potential as a female vocalist, returned for Debbie and she attended the Marcus Garvey High School in St. Ann's Bay. Debbie worked as a Teen Entertainment Coordinator at the Boscobel Beach Hotel in St. Mary and Hart Richards of Happiness Unlimited spotted her singing on the Guest and staff talent show and she was asked to Join a band he was putting together, the Band was called Acid, and it was placed at the American Hotel now Jamaica Grande, She was only seventeen years old. With her evident talent and persistence to excel at whatever she does, Debbie Left Ocho Rios in 1992 and headed for Negril where she worked with Fifth Extension Band at Kaiser's Café while doing Cabaret shows at local hotels. In 1995 Debbie moved to New York City and there she encountered some old co-workers of Happiness Unlimited and once again became the female voice for Reflex Band. She is undoubtedly from a musical background with her father a fluent guitar player, her brothers each holding an instrument and her Baby Sister Patrice also singing background on her Debut Album 'All About U'. A Collaboration in 2002 with Ipaul of Itek Studios of Miami Florida produced her first album, which was released November 2003. She did a remake of 'Breakfast in Bed' and wrote the other ten songs on the album. Debbie is the proud Owner and Chief Executive Officer and founder of Amoi Entertainment, LLC and it's subsidiaries, VibZ Records and FamiliVibZ Publishing. She has traveled far and wide to places such as Namibia, Africa to express her love for music and has performed as opening acts for Yellowman, Lasana Bandele, Third World, the late Cynthia Schloss, Jefferey Osbourne, and has sang background for Percy Sledge and many others. She has performed in Venues such as The Globe Ct, Shannenegans CT, Nells-NY, Shine-NY, Nakisaki-Long Island, Savoy-CT, Candlewood-CT, Lion's Den-NY and the Apollo Theatre NY - just to mention a few. On occasions she performs with Millennium Band (tour band for Grammy Nominee Freddie McGreggor) of which her brother Ozzie Elliott is the Drummer. In October 2003 Debbie was the Opening Star for the Legend of Stars Show featuring Ken Lazarus, Boris Gardiner Ernie Smith, Pluto Horace Forbes and a host of other Jamaican Superstars. An extraordinary singer and performer whose career is really fresh and slowly taking strides to launch her career as one of the world's premier recording and performing artist in music.

Here's what you say about
Debbie Elliott - All About U.