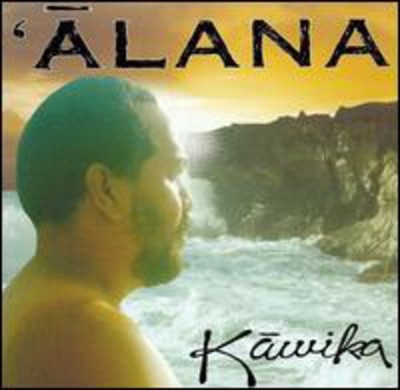 Kawika Kahiapo is well-known in the islands for his soothing voice, masterful slack key styling, and heart of aloha. At the age of 17, Kawika entered the professional music scene and has since contributed to more than 75 recording projects and performed with numerous artists both on stage and as a studio musician. He is featured on Jack Johnson's Curious George CD as well as George Kahumoku's Slack Key Show compilation CD Masters of Hawaiian Slack Key Guitar, vol 2 which won the 52nd Annual Grammy Awards for Best Hawaiian Music Album. Kawika's story began in the small town of Kane'ohe on the beautiful windward side of O'ahu which is also home to the breathtaking Ko'olau mountain range, lush, green valleys and the magnificent ocean views. Kawika's interest in music began at an early age, when, inspired by his father, he spent many hours practicing guitar alone. Some of his fondest memories are of their "garage" jam sessions, when "Pops" Gabby Pahinui would show up at their house to play at a party, thus further inspiring Kawika's passion for ki-ho'alu, Slack Key guitar. Kawika's first solo CD, "ALANA" (1996) is a soothing combination of contemporary and traditional Hawaiian tunes, along with ki-ho'alu, Slack Key guitar. His second solo release is "ONE HEART/ONE VOICE" (2001). Both albums share his mana'o (thoughts) in Kawika's unique way. Kawika is currently a member of "Kaukahi", a band honored with three Na Hoku Hanohano Awards in 2007 for Group of the Year, Song of the Year for Kawika's title composition,"Life in These Islands,' and CD graphics. That same year, he was honored as 'Slack Key Artist of the Year.' Kawika is also a minister, and founded a small "local-style" fellowship in his hometown of Kane'ohe, "Ka Ohana o Ke Aloha" (Family of aloha/grace). Serving God and others are a priority, and is reflected in Kawika's lifestyle and music. "Love for the islands, it's people, 'ohana, and Ke Akua (God), are what inspires me, while staying committed to perpetuating Hawaiian music, the culture, and the art of ki-ho'alu." aka David Kahiapo.

Here's what you say about
Kawika - Alana.