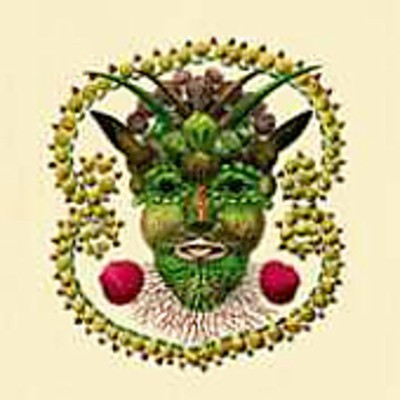 The best band on the planet.' - MICHAEL GIRA, Young God Records Williamsport, Pennsylvania - Akron/Family is writing a 21st century non-denominational hymnal, free of any New Age stink or hippie laziness. The trio (though they often perform as five, six, seven or more) tap into the great currents of the universe and share that energy and unfiltered beauty with us. Their constant desire to obliterate the line between audience/consumer and performer/musician shares something with the Dead, Phish and others who've introduced participatory elements into the mix. However, those bands rarely gave so freely or vigorously to those who stood before them. Akron/Family are a very special band and you cheat yourself with every minute you wait to wade into their waters. This is the Akron/Family's critically-acclaimed and self-titled debut. Pitchfork album review (Rating: 8.0).... ...Despite the boundlessness of their instrumentation, Akron/Family maintain remarkable warmth (o, that stock descriptor of lo-fi ingenuity!), playing at restrained volumes that invite close listening. Occasionally they bust out with some noize, like the mushrooming electric gee-tar solo on 'Suchness', but any departure from the band's typical whisper feels like a wail. Half of the album's sonic density comes from white noise, but unlike, say, The Glow, pt. II, it's used for layering, never as a stopgap between songs. Eight-minute plodder 'Italy' issues a steady stream of waking yawns as it squirms to life. The song's lethargic pace may lead some to hit the snooze button, but wait it out: When the voice declares, 'I'm ready,' it's no joke. Guitars and drums erupt out of their lassitude and hack away at the beat until it no longer exists, while a trumpet brings some melodic semblance to it all. Try as the band might to weirdify the album, the melodies are irrepressible. Certain songs reveal a jones for back porch folk. 'I'll Be on the Water' is the tread back to shore after a long wet day, happily sunburned. At first uncomfortably pensive, the song grows more comfortable in it's bittersweet, lovelorn pose, blossoming from a scratchy murmur into a bonfire jamboree. 'Afford' is similarly pastoral: notice the bird chirps amid nylon strings spiraling listlessly in the humid mix....