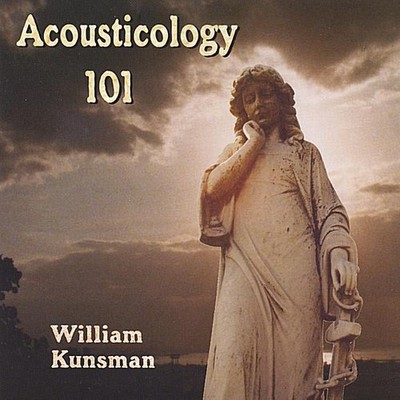 William Kunsman began his musical career in 1983 when, fresh out of high school, he joined the United States Marine Corps as a trumpet player for the band. In 1984, while attending the Naval School of Music in Norfolk, VA he began to play guitar and to experiment with songwriting. While in the Marines, William served in field bands in New Orleans, LA and Okinawa, Japan and applied his guitar skills in a jazz/rock ensemble. Following his military service William tried for several years to put together a hard rock band, without success, but continued to build upon his skill as a guitarist. In 1993 William made the unlikely transition from hard rock to all acoustic music. He expanded his repertoire when he took-up fiddle and learned to play in the West Virginia, old-timey, mountain style. In the 1990's, he played with the Pennsylvania-based bluegrass group Willow Creek and was a founding member of the traditional bluegrass band Mountain Heritage. For both groups, Kunsman original compositions were repertoire staples. Bluegrass festival-goers in the NorthEast and listeners of WDIY radio program, Heartland's Hayride, were soon toe-tapping to William Kunsman's music. William's true passion however, was fingerstyle acoustic guitar, and he retreated from the bluegrass scene to pursue that love as a solo artist and songwriter. His diverse musical background shines through in the music William performs in concert today. His selections include ragtime, delta blues (Blind Blake, Rev. Gary Davis etc.), gospel, classical, baroque and the beautiful and challenging guitar music of South American composers such as Antonio Lauro, Paulo Belinatti and Edmar Fenicio. William Kunsman's recent CD release Acousticology 101 is a study in this diverse resume. Original instrumental guitarworks reminiscent of the ragtime era are complimented by heartfelt and inspirational ballads, love songs and fun string-pickin' tunes for the family. Despite the genre, Kunsman's trademark stamps every song: a lite, easy melody, backed by a deeper complex of harmonies. Likewise, his lyrics are genuine, with an innocence on the surface of a thought-provoking message. The rich tones of Kunsman's guitar are best appreciated in small concert venues. He frequently performs at coffee house, house-concert, and other intimate venues and enjoys sharing music for benefit concerts.

Here's what you say about
William Kunsman - Acousticology 101.