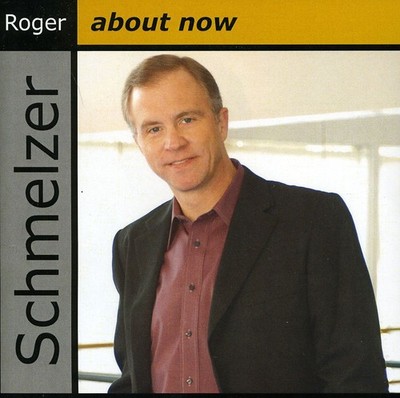 'Chock-full of the sorts of clever lyrics and lush arrangements that characterize songs for intimate settings from the last century to today.' --THE ART OF THE MATTER, WFYI.com, Indianapolis "The strength of About Now is the singer's overall likeability factor and unpretentious way...Roger can register some truly nice moments here.' --ROB LESTER, "Talkin'Broadway" 'Fine, expressive vocals that, like the arrangements, meld well with the songs.' --NICK CREWS, former Indianapolis entertainment reporter 'Roger has a way of getting behind each song and offering it with authenticity and flair.' --IBJ, Indianapolis 'Great album! My listeners love it. We are anxious to hear more.' --PAUL van KUIK, Radio 0162, Dungen, Netherlands 'BRILLIANT. EXCELLENT. (Roger's) presentation of music inside the style and personality reflected in the tracks is very refreshing.' --GRAHAM J. BARCLAY, SoundwaveFM, New Zeland 'What a great sound.' --MICHAEL CRIDDLE, OzRadio, Australia 'This wonderful disc has the listener enchanted from beginning to end.' --GEORGE YOUNG, Country Club Productions, Australia With his easy-going charm and appealing vocal range, Roger Schmelzer produces a style that fits comfortably between that of Steve Tyrell and Michael Feinstein. This is most evident on his smooth and engaging debut CD, 'About Now,' a collection of classic pop and jazz-cabaret performances. Schmelzer anchors his album with standards from Rodgers & Hart, Bacharach & David, Alan & Marilyn Bergman and Marvin Hamlisch, but also reaches deep into the trunk of Lynn Duddy and Jerry Bresler to resurrect an old Robert Goulet nightclub number ('Concentrate on One Thing at a Time') and pays homage to one of the 20th Century's most successful composers, Harry Warren ('You're an Education'). Other highlights include 'Old Friend,' a touching anthem to intimate friendship and the nakedly confessional 'Fallin'' from Hamlisch's Broadway musical 'They're Playing Our Song.' Schmelzer and his band also throw in a little swing with the energetic 'Nice 'n' Easy.' Craig Carnelia's "Old Movies" (featuring the wonderful Emily Smith) is also a surprising change of pace. The album also features original songs by Broadway composer and New York cabaret mainstay Brian Gari and Indianapolis' David Lips. Gari writes in many different styles allowing Schmelzer to show his versatility with the earnest ballad 'Only One Person's Opinion,' the folk-inspired 'Those Who Want the Best,' (here, a duet with Ms Smith) and the peppy, Top 40-ish 'Sweet Words Don't Scare My Lady,' by far the most unique song on the disc. Schmelzer's musical partnership with David Lips results in a stirring rendition of 'Someone There' and a sensitive soft-jazz interpretation of Lips' 'You'll Never Know.' Schmelzer also introduces Lips' newest composition, 'My Dreams of You Keep Me Awake.' Backing Schmelzer is a three-piece jazz ensemble and lush string arrangements by Mark Timko (featured on piano throughout) and Lips. The overall effect is like being in the same room at a wonderful concert. Schmelzer's interpretations make these songs seem both familiar and fresh; somehow the old seems new and the new feels like you've heard it all your life. His "inside-out" presentation emphasizes a song's lyrics to tell the story, creating a comfortable and entertaining bond with his audience.

Here's what you say about
Roger Schmeizer - About Now.