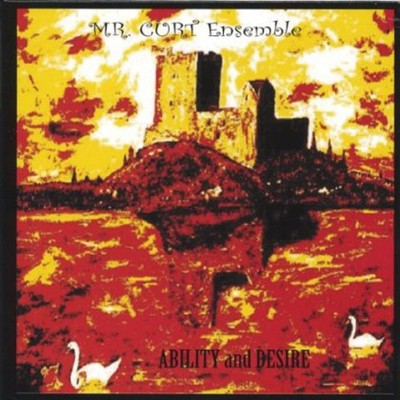 Past Perspective: Ah, blessed life! Since everything exists within the continuum, it is impossible for me to separate the making of this album from all the events and influences of the past several years. The gist of this music comes from an incompleted project started over three years ago, while attempting to release a pop album (apart from my improv-experimental group, Open Hand). After several studio sessions, I assembled an acoustic-jazzy-pop group to play live and wrote a slew of songs with my new pianist, Cathy Batscha. The first attempt to record an album disappeared in one hard-drive-dribbled crash. Phew - total bummer, but we bit the bullet, cleared our heads, and wrote some more tunes. Our next endeavor was thwarted by personnel changes, and the final stab was foiled by Cathy's sudden move to Chicago with her family about a year and a half ago, which put the entire effort on hold. Luckily, we had managed to effectively record many tracks which were reshaped and revived to create the majority of this CD release. (Almost called it "Chutes and Ladders", then "Twists and Turns", but settled on a more philosophic approach. So be it.) And then, everything lost focus with the death of my mother. With this assortment of real-life scenarios, job involvement, and multi-tasking intrusions on the music-making process, it seemed like I'd always be in catch-up mode. Three events pieced me back together: a featured role in the Boston Rock Opera production of Harry Nilsson's "The Point" (where I met & befriended the sublime Ramona Silver) ...a brief live performance of Pastiche (my most lasting notable rockin' legacy) ...& the 30th anniversary reunion tour of Third Rail (another rockin' notable). Yikes - the past is always with you! With renewed interest, the grindstone called and I obligingly finished the project. I now feel totally wonderful about my most satisfying release in a very long time because of the many collaborations involved, both in the studio and on stage. Many thanks to all. Enjoy! Future Objectives: What year is this anyway? Many of the original members from the Boston rock explosion of the mid-70s (i.e. - Willie Loco & the Boom Boom Band, Reddy Teddy, Robin Lane & the Chartbusters, Fox Pass, Duke & the Drivers, Third Rail, Sal Baglio, Mach Bell, The Neighborhoods, Mission of Burma, etc.) have returned to entertain old & new fans, sensing a long cherished need to remain creative, despite contemporary music biz craziness and the aging process. Right on! And so, it has come to pass that Pastiche is joining that reunion club. Ken, Ron, and I have been writing new tunes over the past six months and are planning to release an album later this year. We can hardly wait. Stay tuned for more news.....I've also put together a new combo (w/ Mike Macrides - drums & Marty White - bass) to promote the new CD. If all this ends up to be interrelated, like wow! See ya round the area in the upcoming months. Yeah, that's the ticket. Best Wishes to all: Mr. Curt - March, 2006.

Here's what you say about
Mr. Curt Ensemble - Ability & Desire.